Why does Daenerys always ride the same dragon?

Throughout all the scenes when Daenerys has ridden a dragon, we only see her riding the same dragon which is Drogon,

Why does she always ride the same dragon?

Can't she ride the other dragons?

EDIT: If a drogon can only be ridden by one rider at a time, why did we see Jon Snow making bond with Drogon on a cliff in episode 5 of the 7th season?

Maybe she can, but is is implied in the show and even more in the books that dragons form special bond with one human for life. Since dragons live longer it is usually for life of the human, then someone else may ride the dragon again. But it never works like rider changing the dragons or dragon changing riders. Aegon always rode Balerion, and his sisters had their own dragons. There was never mixing of who rides which dragon.

As for Daenerys, dragons love her as their mother. But riding connection was created with Drogon when he saved her from arena. I suppose she will ride only Drogon for as long as she lives.

I'm not sure, but I think in the books Daenerys often contemplates who could be other two riders in order to achive three-headed dragon symbolism. At one point she even thought of marrying both Daario and Jorah, since they are both in love with her and get it over with.

In the case of Dany she can only ride Drogon. If you look more closely at Viserion and Rhaegal she can't properly control them. This is evident in the scene on the cliff side when they are climbing around her and they snap at her.

The reason she has some form of control over them is that she is their mother and so has a bond with them. This bond is not strong enough to form a close enough attachment to be the rider though.

Historically, Dragons only accept one rider. And no person can ride more than one dragon in the same time frame. In his histories Martin explains this explicitly. It is the reason why Aegon the Conqueror only ever rode one of his three dragons. His sister-wives each rode one of the others.

The exact reason why this is true is unknown. But it is also unknown why anyone can ride a dragon at all. "Scientifically" it might be explained by pheromones and the territorial nature of dragons. But, given the flavor of Martin's world, it probably has more to do with the mystical connection between the man and beast. We know that such mystical connections are possible from the mechanisms of the various wargs in the books and show.

As for why Jon was able to make friends with Drogon, that likely has to do with his parentage. It also may have been an unconscious manifestation of innate warg capabilities. But not being eaten by a dragon is not the same as riding it. Daenerys's other two dragons like her and are friendly towards her, but she cannot ride them.

So the million dollar question for Game of Thrones is who will ride Daenerys's other two dragons.

Your daughter's a beauty too. Those brown eyes, those lips, perfect Dornish beauty. I imagine she's your favourite. I know, I know we're not supposed to have favourites, but still, we're only human. We love whom we love.

Drogon’s her Favorite for many reasons. 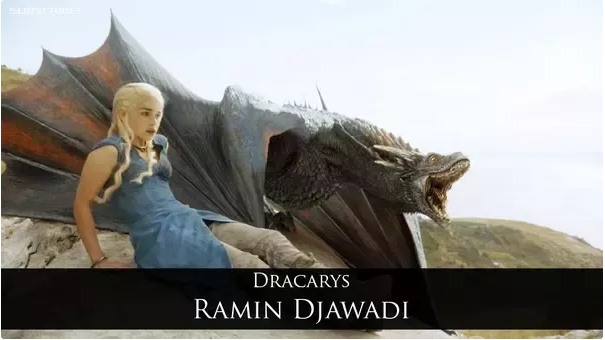 19
What is the relationship between Daenerys, Viserys, and dragons?
23
Was Kraznys mo Nakloz naive to hand over the Unsullied to Daenerys?
15
Why is Daenerys now able to command her dragons?
2
Why did Drogon allow this character to pet him?
71
Why did the Night King attack the furthest target first?
5
Why did Jon Snow refuse to escape with Daenerys when he had the chance
10
Did Daenerys know how to hatch the dragon eggs?
6
Can Jon Snow command the dragons like Daenerys or is he limited to just piloting them around?
11
Why does Jon Snow blindly trust Daenerys?