Was Kraznys mo Nakloz naive to hand over the Unsullied to Daenerys?

In the season 3 episode, And Now His Watch is Ended, the wealthy slave-trader Kraznys mo Nakloz trades 8,000 Unsullied warriors to Daenerys in exchange for her largest dragon, Drogon.

Daenerys betrays the transaction and instead orders her new soldiers to execute Kraznys and sack the city.

This is possible because Kraznys gives Daenerys a special scourge (whip) which indicates ownership of the Unsullied. Since the Unsullied follow the orders of their master without question, they kill Kraznys as per Daenerys' instructions.

Was Kraznys naive to not foresee this outcome?

Why wouldn't Kraznys train the Unsullied to "always obey your master, but don't kill me or ever destroy Astapor"?

Kraznys mo Nakloz was not expecting what Dany did
The Unsullied are a mercenary company which has existed for ~400 years[1]. Since then, they have been captured, trained, sold, repeat. There has not been a single account of the Slavers being rudely betrayed by a buyer.

Kraznys mo Nakloz was an overly-confident idiot
As you can hear in his dialogue with Dany, Kraznys constantly makes rude remarks towards Dany, showing how arrogant he is. He also constantly remarks about how special his Unsullied are.

Kraznys mo Nakloz thought Dany was going to Westeros
Ah, didn't we all?

She makes sure that she mentions her quest to win back her ancestral seat, The Iron Throne, and reclaim her right as Queen of Westeros. 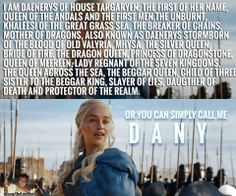 Kraznys mo Nakloz was surrounded by his mates
If you recall, the deal went down in broad daylight, in the center of Astapor, in front of many witnesses; including several other Good Masters. There was no reason to think that something as drastic as what happened would take place, then and there.

Kraznys mo Nakloz had watched "How to Train Your Dragon"
He may have had in his head that as soon as he gets this dragon, it's his and he's ready to use him as he pleases. He went dragon-crazy and blind as a bat and lost all logic and ability to look past his desire to own this rare and magnificent beast.

"This stupid little whore of a girl can control these dragons; why can't I?"

To answer your specific questions:

Möoz's answer is great, I just want to look at this one part in a little more detail:

Trading a dragon for 8,000 soldiers is seen as an unwise trade; an experienced trader should see this as suspicious

It's a believable trade, especially with someone who seems desperate or naive. If this had been a real trade, it'd be a classic example of the economic principle of diminishing marginal utility. The difference in utility between owning one car and owning zero is bigger than between owning three cars and owning two. Same with dragons and armies.

One dragon is, objectively, worth much more than 8,000 troops. But this curious foreigner is a wannabe conqueror, not a trader: their value to her is based on the utility of the dragons and troops for her immediate plans, not their market value:

He could very easily convince himself that it's a mutually beneficial deal: what Dany gains is of similar if not greater value to her in terms of utility than what she loses, while what he gains is priceless.

He'd be laughing all the way to the bank (probably to burn it down with his dragon then take all its gold), because he objectively got the upper hand in terms of market value, but he can see that Dany got what she desperately needed without losing so much in terms of immediate utility.

Kraznys also thinks she has nothing else of value to trade, and is desperate.

If he was negotiating with another gnarled, experienced trader, he might expect them to say something like "We both know that a dragon is worth many times more than 8,000 troops. Add 10 ships, a tonne of gold, 200 casks of wine...", even though they don't need gold and wine, purely because they can. They've already secured what they need, but they'd be able to see they have the opportunity to demand more because, for Kraznys, it'd clearly be worth it to become the only trader in Essos with a freakin' dragon.

But he thinks Dany's naïve and foolish, so he's not surprised when she's happy to settle for a deal where she gets what she needs and no more.

In fact, given her clear desperation and lack of non-dragon resources, he would probably be able to hardball her out of such a barter even if she tried. I imagine a dialog like this:

"A tonne of gold, 200 casks of wine...? I say no. What are you going to do, buy Unsullied elsewhere? You are no conqueror with no army."

"Then I'll keep all three dragons!"

"Without a dragon, I'm still ruler of Astapor and one of the richest traders in Essos. Without an army, what are you? Not a conqueror or queen. Are you happy to be merely Dany the dragon tamer? I know a circus you could join"

"Oh, bollocks. Fine, okay, no gold or wine. But I'm taking your translator!"