Is there a terminology for this scene transitioning technique?

In movies such as One Last Dance,

It is common for a movie director to use this kind of transitioning technique, either by sound or by visual. I am wondering if there is a terminology for it?

These transitions are called match(ed) dissolves or match cuts.

Lexico.com definition of a 'match dissolve' is

A technique by which one picture merges into another having the same or a similar object in the same place; an example of this.

As pointed out by the Wikipedia article on match cuts, an iconic example is the transition used in 2001: A Space Odyssey, where a bone spinning around in the air transitions into a space ship: 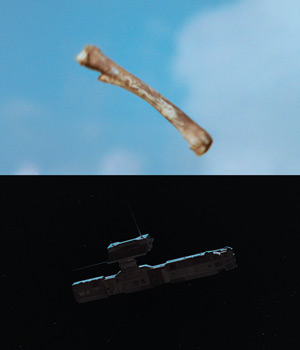