What technique was used to create this effect?

I was discussing some old Doctor Who episodes when I recalled a notable example of the sort of 'bad' special effects used when CGI was in its infancy (and when the budget was low).

Does anybody know what sort of technique may have been used to create this effect? 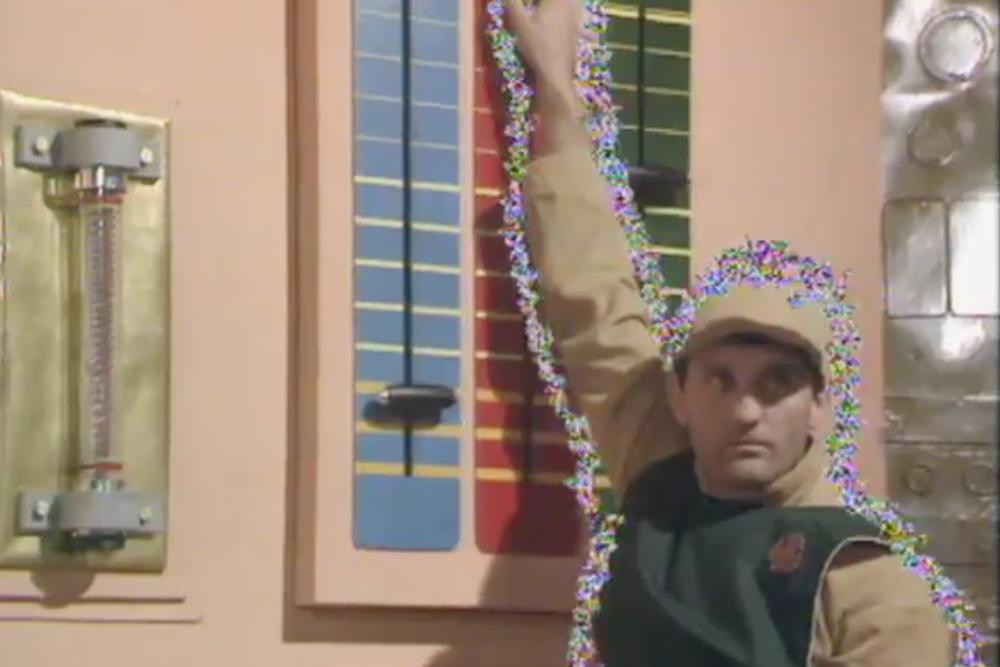 The episode in question is The Sun Makers, 1977.

Thanks to @Oliver Giesen I now have a youtube link to a video of said effect:

Seeing it in action, I agree with Paulie D that it is actually 2 stills and the effect is probably applied by hand in some way. Given that it was filmed in 1977, there were no affordable computer tools like After Effects to use for a task like this. In fact, computers weren't widely used for doing this sort of work at that time.

While I can't say for sure the exact technique, I believe that they used a still image on which they traced a wide blue outline. They then probably used a chroma keyer to remove the blue and replace it with another signal. The other signal looks like colored noise which could be found by simply tuning a TV tuner to an unused channel.

17
Technique of shooting scenes inverted?
7
What was used to create the metal effect makeup in the Terminator robots?
6
What was the filming technique used to film "Jim's Ride"?
6
Do sound effects, specially in horror movies, use emotion initiating frequencies?
32
What is the name of this effect used in Flags of Our Fathers?
6
Why is this effect used in the locker room?
2
What is the film technique for someone breaking into pieces?
2
What is the name of this technique?