How much of the Lannister army is left as of S07E04?

In "The Spoils of War" (Game of Thrones, S07E04), lord Tarly mentions that the gold they secured from Highgarden is through the gates of King's Landing. But what about the army?

We need to get the last of these wagons over the Blackwater Rush before nightfall.

So we can assume that some of the army (if not most) is also at King's Landing. Or is this assumption incorrect? Is it stated or clearly obvious how much of the army is left?

In "The Queen's Justice" (Game of Thrones, S07E03), Tyrion describes the Lannister army at Casterly Rock:

TYRION: No one has ever taken the rock. The Lannister army is still the army my father built - well trained and well provisioned - ten thousand men, at least.
—"The Queen's Justice", Game of Thrones (S07E03)

In "Stormborn" (Game of Thrones, S07E02), Jaime speaks with Randyll Tarly, a conversation which leads Randyll to become Jaime's general, and to have a bunch of other lords of the Reach join their forces with the royal (Lannister) army.

JAIME: (TO RANDYLL TARLY) Thank you for coming. The other lords of the Reach look to you for guidance, now more than ever. They might not have come if you hadn't.

In other words, the Lannister army at Casterly Rock gives us an indication that they have an army of at the very least ten thousand (considering those ten thousand abandoned Casterly Rock). Combined with Tarly and the rest of the lords of the Reach's forces, we have a sizeable army. Don't forget about the Riverlands which Jaime secured last season, their armies are sworn to the crown, too.

In "You Win or You Die" (Game of Thrones, S01E07), Tywin talks about how he will split up sixty thousand Lannister soldiers, and in Season 2 we learn that Renly's armies (comprised mainly of The Reach and some of the Stormlands) exceeds a hundred thousand soldiers. These are all outdated, War of the Five Kings numbers, but given that the lords of the Reach and the Lannisters have only grown in success since (except the Tyrells, who defected and got slaughtered at Highgarden), we can make a safe assumption that the sixty thousand Lannister soldiers is the lowest bound for a total Lannister soldier count.

The Lannister-Tyrell forces at the end of "The Spoils of War" (Game of Thrones, S07E04) seem to be a thin amount of the tail-end of the train.

RANDYLL: All the gold safely through the gates at King's Landing.

JAIME: We need to get the last of these wagons over the Blackwater Rush before nightfall. If the head of the line is ambushed, the tail will never be able to reinforce it in time.

So, from the dialogue, we can infer that this is but a small percentage of the "ten thousand men, at least" of the Lannister army that left Casterly Rock. Also at a glance, it doesn't look like much more than a thousand (total Lannister + Tarly).

It's also worth noting that, because they are ruling over Seven Kingdoms, the Lannister armies are spread out around a lot of Westeros. We even saw direct evidence of this in "Hands of Gold" (Game of Thrones, S07E01), in a scene in which Arya Stark stumbles upon a group of Lannister men in the Riverlands. 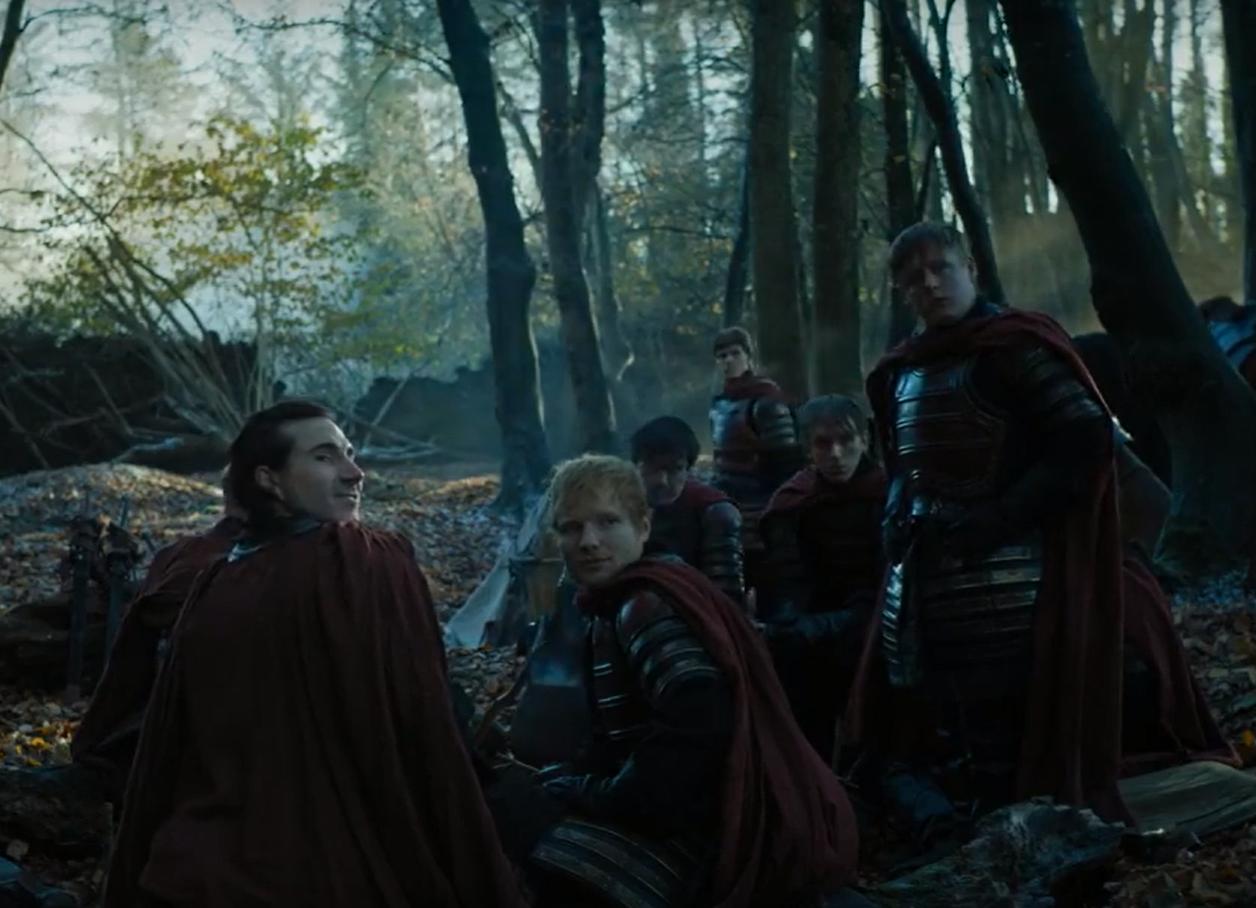 ARYA: What are you doing in the Riverlands?

SOLDIER: There's been some trouble with the Freys up at the Twins, so, we're part of the army that's been sent to keep the peace.
—"Hands of Gold", Game of Thrones (S07E01)

If you consider Houses that are sworn to the Lannisters (indirectly, by being sworn to the crown), then a reasonable estimate of the total army is close to a hundred thousand, given that the Tyrells have been wiped out, the Reach's hundred thousand diminished greatly, but combined with the Lannister army creeps back up to somewhere near a hundred thousand. The Lannister army alone is tough to estimate, but given that they are comfortable sending armies up to the Twins, and given that the Casterly Rock army alone is ten thousand, and given that when they were less successful than they are now, they even had sixty thousand, you can assume that even after the massacre at the end of "The Spoils of War" (Game of Thrones, S07E04), they have at least sixty thousand soldiers in total.

Worth noting that Tyrion points out to Daenerys that she still has the largest armies:

DAENERYS: My allies are gone. They've been taken from me while I've been sitting here on this island

TYRION: You still have the largest armies.
—"The Spoils of War", Game of Thrones (S07E04)

We know that the Unsullied are eight thousand strong, at least, and the Dothraki's numbers are hard to put a number on, but khalasars have been known to be over fifty thousand strong (Drogo's was forty thousand strong), and since the Dothraki who crossed the Narrow Sea seem to be a congregation of many khalasars (the entire horde), we could be talking about a hundred thousand Dothraki. This doesn't help us immensely, but is there as an added reference to army numbers in the show.

8
How did the Stark family capture the Lannister family's children?
33
Why did Sansa refuse to leave with Sandor Clegane (the Hound) during the Battle of Blackwater?
8
How was Edmure Tully convinced by Jaime Lannister?
15
Why are the Queensguard in Game of Thrones (S07) wearing black armour?
7
The Iron Bank of Braavos and Dragonstone!
16
How do the White Walkers interact with their dead army?
19
How did this army get here?
9
How did Daenerys manage to turn up at King's Landing
9
How much time passes in Season 8 Episode 6 of Game of Thrones?