How much time passes in Season 8 Episode 6 of Game of Thrones?

The first scene of Game of Thrones S08E06 is showing us shortly after the battle in the previous episode. Immediately after that, comes the

death of Dany from Jon Snow.

Immediately after the scene with Drogon we cut to a scene with Tyrion being led out of a cell, then to his trial at the Dragonpit. This is where things get confusing -- during dialogue he mentions something along the lines of "I've spent the last few weeks thinking about ...", which would imply only a few weeks passed between the end of the battle at King's Landing and his trial, but the weather is clearly not winter, where at the start of S8E1, it was clear winter was still there. And King's Landing looks visibly in no less condition than it was pre-destruction -- even the docks and the surrounding city buildings all remain intact.

So how much time exactly passes during this entire episode? I'm having trouble justifying that it spanned only a couple of weeks, yet the Unsullied holding Jon and Tyrion hostages seems even more unlikely.

As usual, time is rarely stated in any explicit terms but I believe that it is many months. Possibly more than a year.

Tyrion at the beginning of the episode when Dany is giving her "we'll conquer the world" speech to the Unsullied and Dothraki: 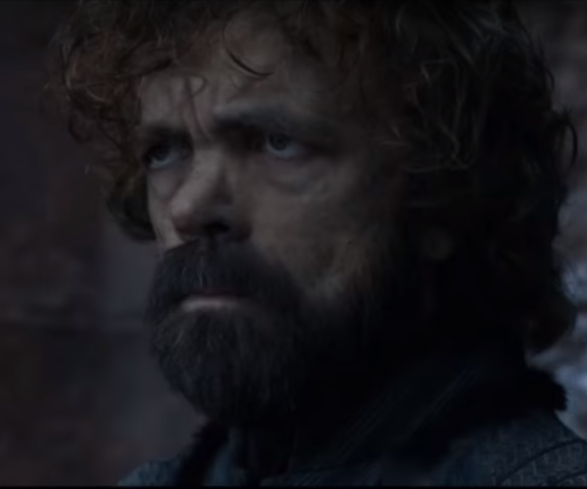 Tyrion when he is brought before the Council of Lords who choose the next King: 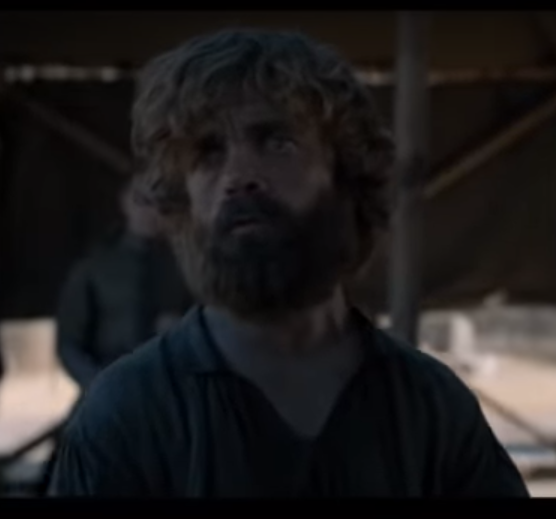 Look at his beard. On average, a man's facial hair grows about a half inch per month. He has added at least an inch, maybe more. That means at least 2 months have passed between his arrest and his trial.

After Jon is released and is saying his goodbye's to Sansa, Arya and Bran, Arya tells them all that she is not going North and intends to find out what is to the west. We don't know how much time passes, but we see that she has acquired a ship customized with a Stark Wolf on the prow, managed to hire a crew of sailors crazy enough to follow a girl on a suicide mission to sail off the edge of the earth, and we assume has provisioned the ship for a long voyage. Even with a king for a brother, it still would have required several months for her to organize this expedition. 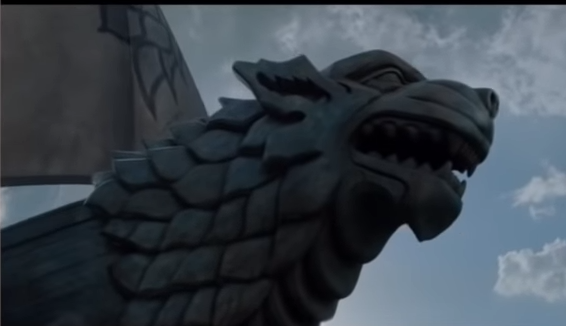