How did Daenerys manage to turn up at King's Landing

In Game of Thrones S8E4, Daenerys went to Dragonstone with her court and the Unsullied when...

Her fleet is attacked by Euron, Rhaegal killed, Missandei captured and (at least a part of) her fleet destroyed.

We see Tyrion and Varys have a discussion on Dragonstone. Some unspecified time later they turn up with Daenerys and some Unsullied at the gates of King's Landing. I am aware that Dragonstone is both, close to King's Landing and not for away from the continent. But...

Even if Daenerys has some ships left, it is clear that Euron's fleet is in control of the waters around Dragonstone and Drogon is of limited use in defending against them. It seems unlikely that Euron will allow even a part of Daenerys' army to leave the island. It seems also unlikely that Tyrion, Varys, Grey Worm and about 100 Unsullied have been riding on Drogon one-by-one to the continent (without leaving an option to quickly retreat to Dragonstone).

Considering that the travel to King's Landing is shown off screen, there seems to be an obvious way how she could have made it there. What am I missing?

It may have been intentional (not killing them all, allowing them to come to Kings Landing), as she wanted to send "her people" (the people living inside the Red Keep) a message and is ultimately working to set-up Dany.

As I attempted to answer on this question, Why didn't Cersei kill Dany, Tyrion, and the rest of the others?, there was a heavy implication in various dialogue exchanges throughout the episode concerning Dany and the burning down of King's Landing and one instance featuring Cersei, was about wanting Dany to come to her AND that she wants Dany to burn down Kings Landing, killing thousands of innocent lives to make Dany look like a villainous usurper.

Cersei specifically asks Qyburn if her "message" was well-received. The following is Cersei's exchange with Qyburn and Euron after Euron's attack, showing Cersei's intent.

Cersei: Our message was well received then?

Qyburn: Your people would have heard the usurper is coming. They are grateful for your protection within the walls of the red keep.

Cersei: You're certain about the dragon?

Euron: I saw it sink beneath the waves.

Cersei: That must have been glorious.

Euron: The glory is yours, my Queen.

Euron: She's coming for you.

Cersie: Of course she is. Keep the gates open. If she wants to take the castle she'll have to murder thousands of innocent people first.

Notice that Euron's fleet was not that big, we see only about eleven ships, the impact of the attack is mostly due to the element of surprise. Daenerys' fleet seems much bigger, I don't have a direct aerial screenshot but it seems to be dozens and we only see a few ships destroyed. We don't see the aftermath but it's very likely Euron's fleet retreated immediately after they lost the element of surprise. 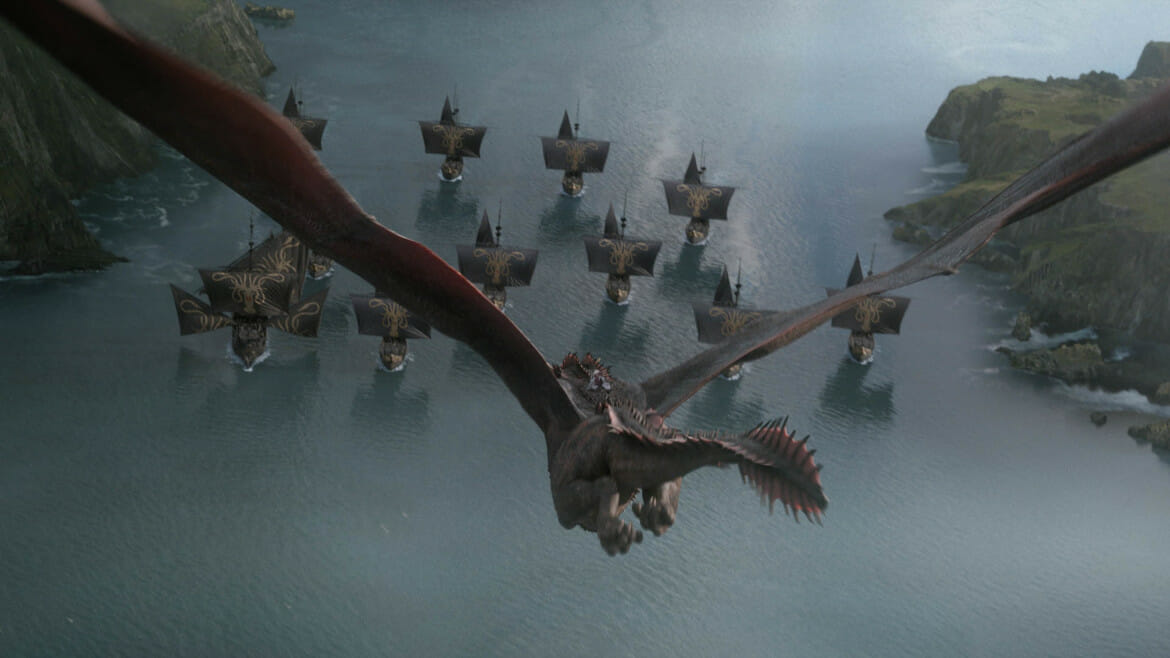 So Daenerys likely still has a fleet left. As to how Euron didn't block that, well, remember he has only about 11 ships with him right now and that they are on dragonstone: 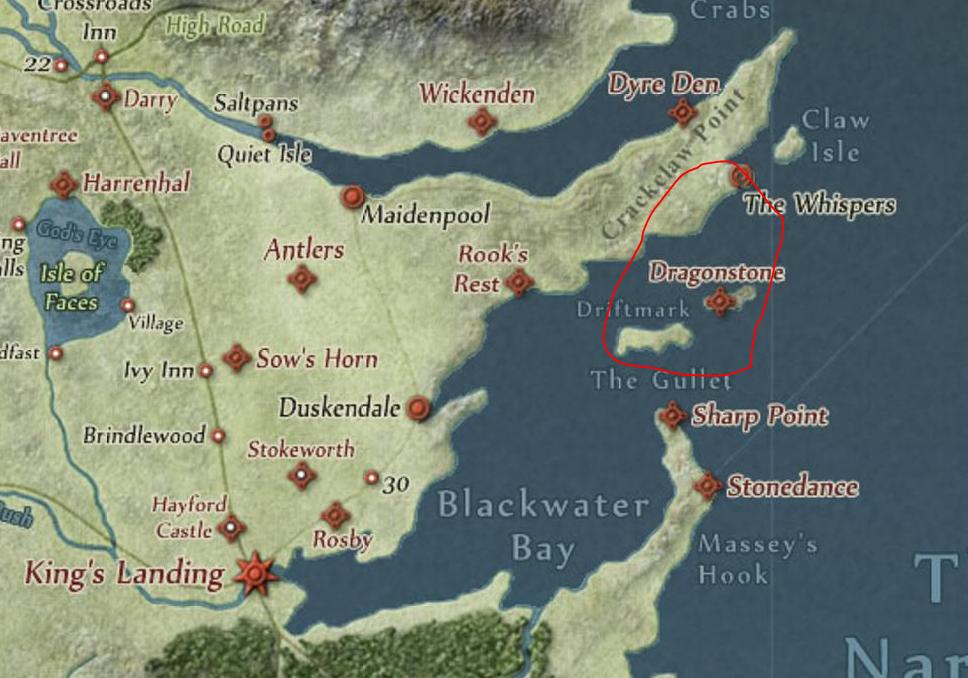 As you can see there is a lot of open sea a fleet can take take from Dragonstone to the mainland in order to disembark the troops, after which troops can march to King's Landing. Also from Dragonstone you have a clear view on the (directly) surrounding sea. So Euron cannot hide, loses the element of surprise and he has not enough ships to throw a full blockade. As there is no tactical advantage for Euron to stay there, he most likely sailed back to King's Landing.

19
Why didn't Cersei kill Dany, Tyrion and the rest of the others?

14
Why leave King's Landing now?
14
How did Jaqen H'ghar end up in the dungeons of King's Landing?
8
How does this fleet reach their destination so quickly in S07E03?
12
Why did Daenerys make this strategic choice regarding the Dothraki?
12
What are Cersei's intentions throughout this interaction?
26
What wise choice does Varys intend to make?
16
Why did Tyrion and others think King's Landing can't be taken without collateral damage?
6
Why is it such a big deal to Daenerys Targaryen that Jon is the true heir?
9
How much time passes in Season 8 Episode 6 of Game of Thrones?