Is there a meaning behind the dripping sink at the end of the movie?

Blood Simple ends with a dripping sink shot from below (actually from the perspective of the private detective).

The frame is the sequence: 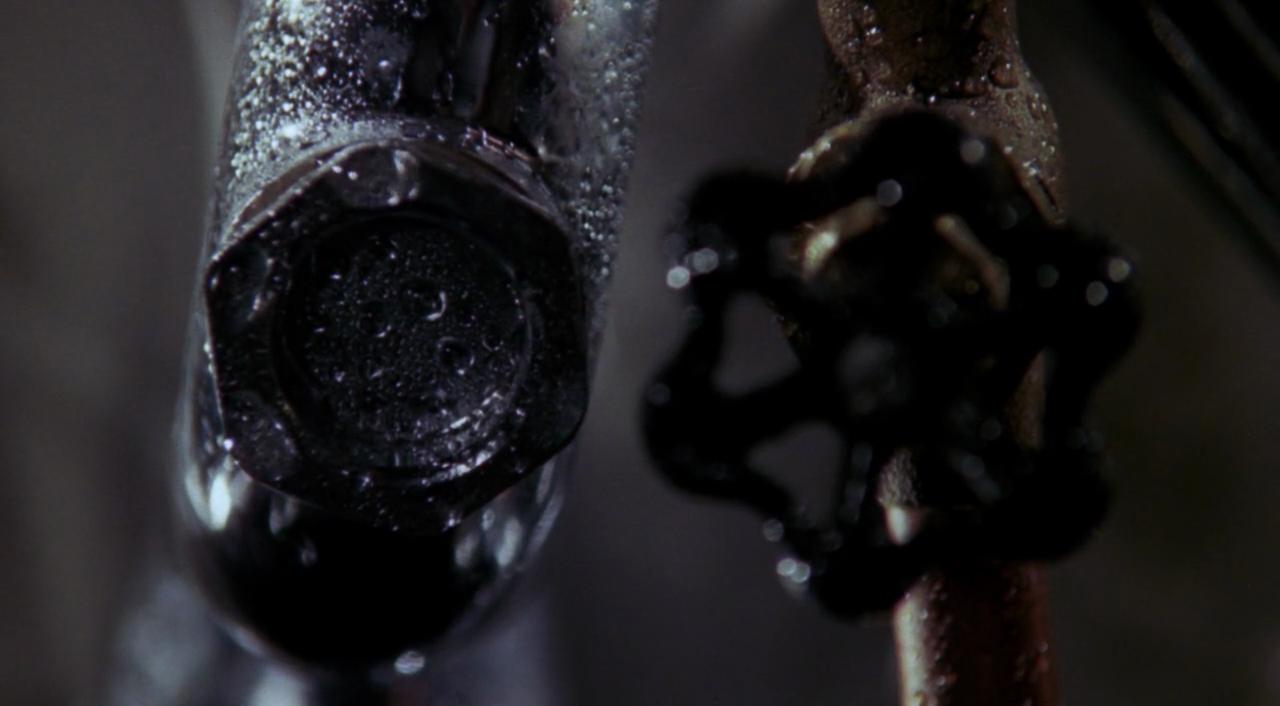 The private detective is exhaling, looking at the bottom of the sink, of which one of the tubes has a droplet which is about to fall (but it doesn't).

He's staring at this droplet while dying but actually nothing happens.

Now I tried interpret myself as a joke of Coen Brothers of a meaningless scene which is parallel to a meaningless sequence of events (in the sense that all the evil in the movie is made by stupid character who basically think they're more clever than others and only the protagonist in the end develop a proper understanding of what's going on, even if the inability of his love to trust him will kill him - which is the only way for her to become consciousness of what's going on), but I was not very satisfied with it, also because they're great symbolist, from the jew's biblical tradition to metaphor and imagining, so I took a look on the internet but found a series of different interpretations, but nothing special.

Last chance, I took a look to the original screenplay:

HIS POV The underside of the sink, its convoluted chrome works beading moisture.

HIS POV A condensed droplet trickles down the chrome. Directly overhead, it hangs for a moment from the lowest joint of the pipe. It fattens, wavers, wavers--and falls, spelling...

What do you think is the real meaning of this scene? Is some strange symbolism with a history behind that or a funny escamotage of the Coen to make people keen their attention to a side detail which really doesn't matter?