Is there any meaning behind the shot of the poster of flies in Season 5 'Gliding Over All'?

At around 2 minutes into the season 5 episode 'Gliding Over All' of Breaking Bad, Walt stares at a fly on the desk lamp at the 'office' supposedly a little while after...

Todd walks in and says "Should we deal with this other thing now?" To which Walt replied: "Yeah". He puts on his glasses and as he leaves the frame, the shot focuses on the poster depicting various flies on the wall behind him.

Is there any significance or symbolism behind this shot? 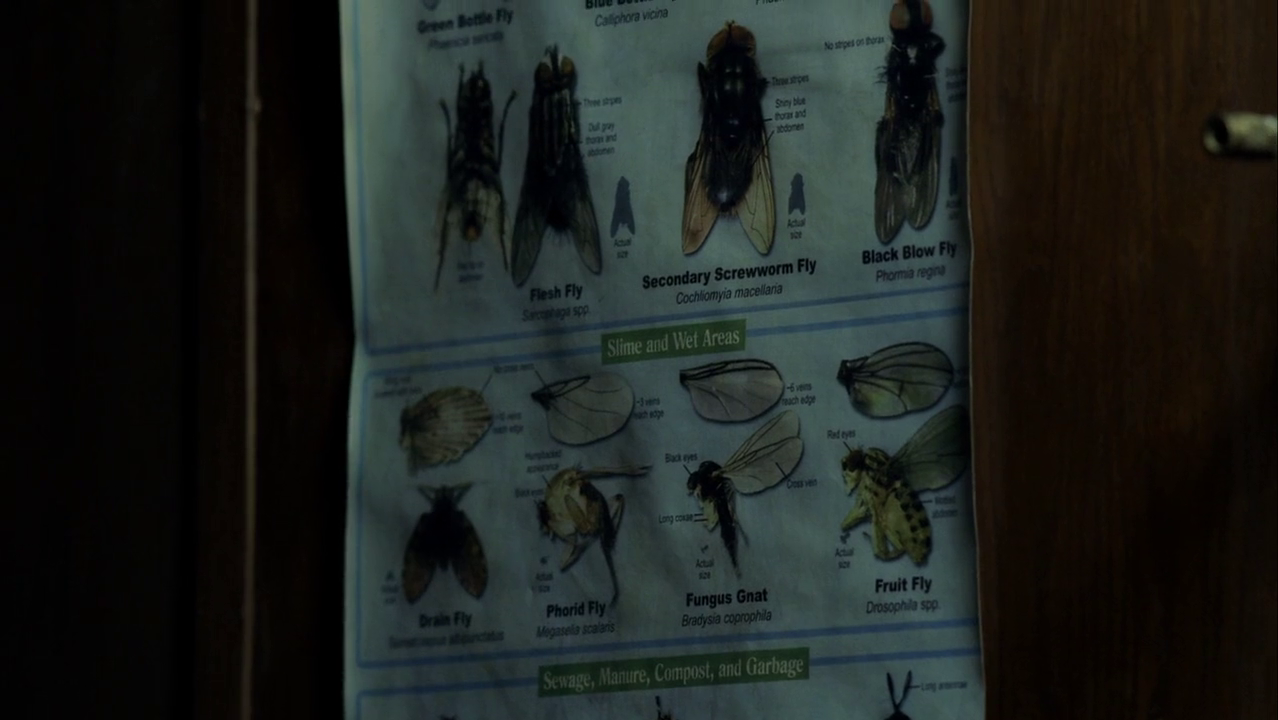 Flies were a common insect that appeared in Breaking Bad. It has been speculated that the fly represents guilt, contamination, irrational obsession, and the loss of control in Walter White's life. In this case, it would represent his shooting of Mike. If you haven't completed the entire series yet, I won't give up the ending but I will tell you to notice the use of the fly in the very last episode.

By the way it's "Gliding Over All" and as far as I can tell, the fly is a recurring symbol primarily of Walt's guilt (starting in the episode "The Fly" and his guilt related to Jane's death), in addition to other things like contamination / inability to control everything as mentioned in that Breaking Bad Wiki link above.

Jeffrey SanchezJeffrey Sanchez
29911 gold badge22 silver badges77 bronze badges
Add a comment  |
-1
Want to improve this post? Provide detailed answers to this question, including citations and an explanation of why your answer is correct. Answers without enough detail may be edited or deleted.

Answers in the comments on recurrent fly reference: https://breakingbad.fandom.com/wiki/Fly_(symbol)