Is there a symbolic meaning behind the Spiral Hill in The Nightmare Before Christmas?

In The Nightmare Before Christmas, there is very prominent location inside the film where a major event happens. 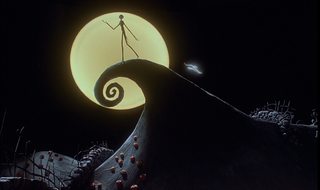 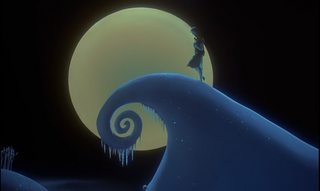 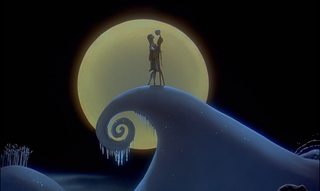 But that can be occur anywhere but why only a Spiral Hill? Is there any significance to it?

I suggest you read a similar answer I gave because it very much hits on the same overarching points I'm trying to make here.

The overarching storyline is about how Jack initially longs for something more than Halloween, but eventually reinvigorates his love for Halloween and returns back in full force.

Movies often use imagery to convey subtleties about the story. Spiral hill is one such example.

When Jack returns to Halloween town (physically and spiritually), he is shown to go back to the place where he expressed the feeling of wanting to leave (Spiral Hill during Jack's Lament). The purpose is to highlight the difference between old Jack and new Jack, how his mindset has changed as a direct consequence of the events in the movie.

Part of Jack uncovering his lost love for Halloween entails realizing that Sally and him are in love, so the scene where Jack and Sally unite is merged with the scene that showcases Jack's return to Halloween.

Sally secretly loves Jack. Part of her hidden feelings is that she knows how Jack feels, better than anyone else. This is partly because she saw him on Spiral Hill during Jack's Lament, and partly because she is destined to be his soulmate.

At this point in the movie, Jack has left (spiritually), and Sally is reminiscing about Jack. This leads her to locations that remind her of Jack.

You're being slightly biased in your focus on Spiral Hill. Sally's song takes place in front of Jack's house. Notice the band and the gate with Jack's doorbell. Sally even points at Jack's house exactly when she talks about him. Clearly, to Sally, Jack's house is as important (if not more) as Spiral Hill is in terms or remembering Jack

Think of it from Sally's point of view:

Sally follows Jack's path (house, then spiral hill, then trying to help Jack build Christmas) as an attempt to finding Jack (spiritually) by retracing his steps.

I found that on FANDOM page. Maybe it will help

The Spiral Hill is an iconic landmark incorporated in The Nightmare Before Christmas canon. It stands in the Graveyardof Halloween Town and leads into the Hinterlands. It's form resembles a small rising outcrop of land which curls inwards into a spiral at the pinnacle. When individuals approach seeking access to the Hinterlands, it unfolds to serve as a bridge to that area, facilitating traversing of the Pumpkin Field.

The unspiraling motion is actually mechanical as Tim Burton wanted nothing in Halloween Town to be magical.

Not the answer you're looking for? Browse other questions tagged analysis the-nightmare-before-christmas .

3
What is the moral or message of "The Nightmare Before Christmas"?