Is the Joker mask used in the prank an homage to The Dark Knight?

In Person of Interest Season 1 episode 20, "Matsya Nyaya", John went undercover as a rookie under Tommy Clay. This episode is mostly themed about robbery and teammates killing each other. Like Tommy first kills his partner and shoots John in the back. Finally, Clay (Tommy's girlfriend and associate) kills him in the end to get the platinum packet.

Similarly, in another flasback story, John is given instructions to kill his partner after the job is done. He hesistes and his partner also got the same instructions. And the CIA does an air strike to kill them both to cover the tracks.

In a similar manner related to both, Captian Arthur got killed by his associate Fusco in rescuing John.

In the same episode, Tommy plays a prank on John by pretending the robbery is going on and he comes from a truck with a Joker mask. This mask is exactly as used by the robbers in 'The Dark Knight' in the intial sequence, where everyone has order to kill his associate.

Is it a co-incidence or is Jonathan Nolan giving tribute to his brother Christoper Nolan's movie The Dark Knight or maybe a foreshadowing?

Now, of course, the theme of betrayal by comrades in crime is nothing new, "There is no honour amongst theives", and Jonathan Nolan did co-write the screenplay for the Dark Knight so it's possible that Nolan incorporated some ideas from the 2008 movie into the 2011/2012 Person of Interest Episode but I don't see a direct comparison between the two.

*As for the masks, they aren't the same at all

The mask on POI is a soft rubber mask...not hard plastic like the ones in The Dark Knight 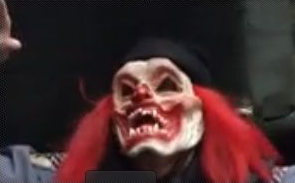 You can watch the whole episode HERE...the prank takes place about 8 minutes in.

Also, if you look carefully at the DK robbery sequence you can see that, in fact, all the masks are not the same. They have different expressions and even different decoration. It just looks like a bunch random generic masks. 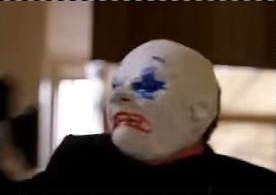 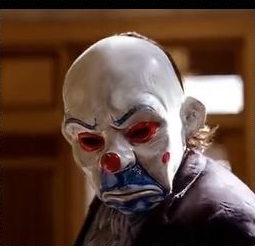 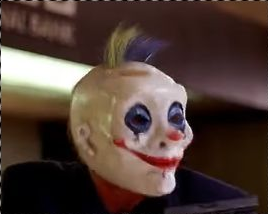 Not the answer you're looking for? Browse other questions tagged reference the-dark-knight person-of-interest .