Population always increases in The 100 in respect to the Grounders

In the 100 tv series, the population of the grounders always increases in an insane amount which is always confusing why??..

First of all, In the Season 1:in the final episodes, where the Grounders claimed they are deploying all their army to the drop ship where the sky people are -(bellamy & co), which they did and in the event Raven fried all of them 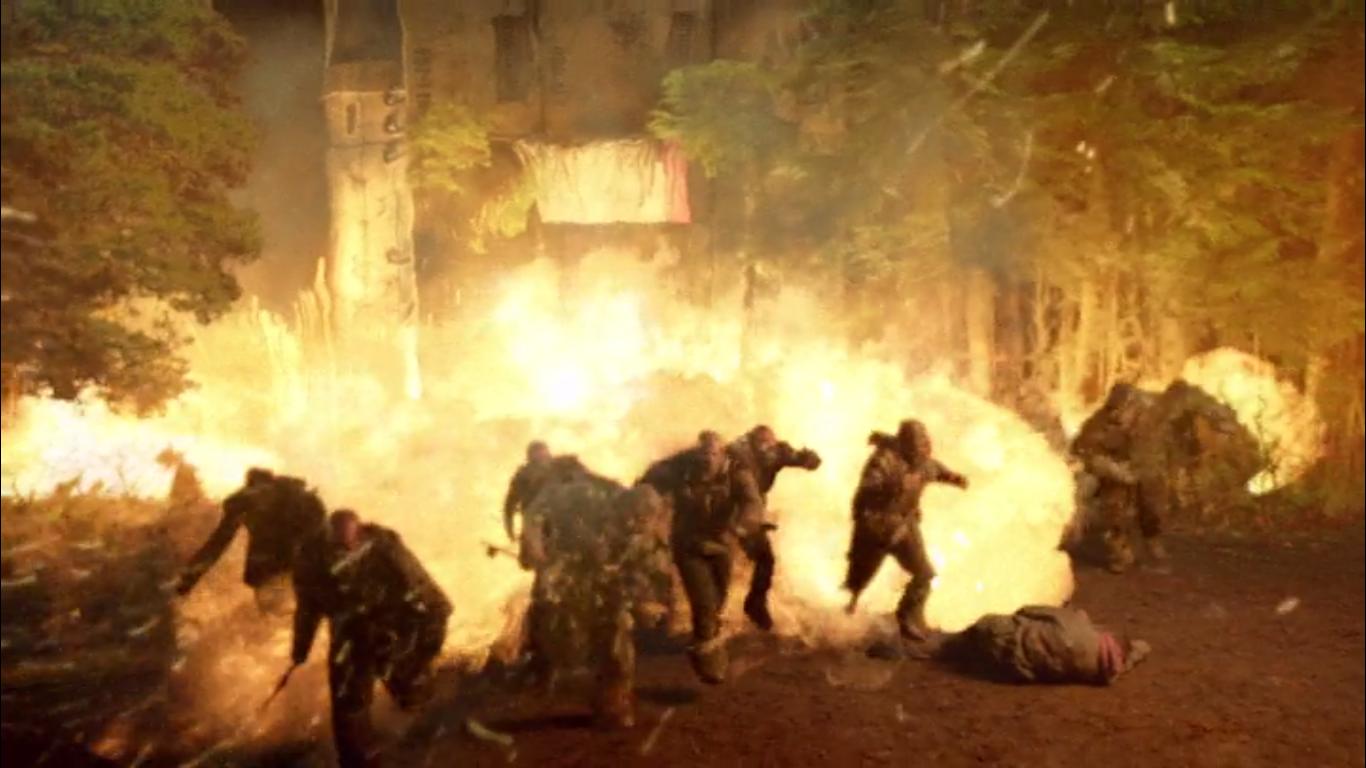 Which means their army should be reduced to a countable amount/population. but that is not the case. So how come the grounder population never decrease? As we can see they always come looking hot

To back this up in the Season 2- where the Grounders & Sky people decided to form a aliance against their common enemy, the Mountain people, we see that their population wasn't that small- and even when the training ground of both the army of the sky people's and grounders where bombed/bombarded alot died from as the serie showed, but when they were ready to go for the war, their population was like a thousand?

I'm i missing something or there is an explanation for this

fyi: i might be wrong because i barely payed attention when watching the 100 series

Correct, there were many clans.

There were 12 Grounder clans that got called together to fight against the mountain people. That's why there were so many grounders. Here's a list of the clans.

Lexa was the commander of the 12 clans:

Occupation: Commander of the 12 Clans

But she was mainly the leader of the Woods Clan.

TLDR: We see the events from the 100 point of view, so we don't know about the 12 clans (more grounders) until later and it's safe to assume that there're more grounders/survivors in other places

Like others said there're 12 clans. The grounders that the 100 encountered in season one were some of the residents at what's called Tondc-Mount Weather, and since we see the events from the 100 point of view, we won't know about the 12 clans until season two.

It is unknown how many Grounders are in the area. There are at least 12 Clans as well as an unknown amount of nomadic Grounders. Altogether, they do have the highest population count of the residents in the Tondc-Mount Weather area as witnessed by the sheer number of gathered warriors in We Are Grounders (Part 2), Long Into an Abyss, Rubicon, and Blood Must Have Blood (Part 1)

Nomadic Grounders, also known as Wastelanders, are Grounders who have no clan because they or a family member may have been seen as a "stain on the bloodline" due to birth defects and cast out. So far, they seem to inhabit The Dead Zone with some of them on their way to The City of Light in search of safe haven.

We haven't discussed "how," specifically, but they were likely not directly near a blast-area (or far enough from the worst of the radiation)

Actually there are several "grounders" tribes/clans.

So the few grounders fighting the camp in Season 1 might aswell be completely extinct after they were fried, and still the whole population would have been only reduced by a twelvth (is this even a word?).

In season 2 towards the end (can't remember the exact episode) the leaders of each clan are meeting with Clarke and Lexa ('Coalition of the 12 Clans').

Not the answer you're looking for? Browse other questions tagged plot-explanation the-100 .

5
Why is not a single grounder deformed in The 100?
7
Does The 100 have a relationship to/with Battlestar Galactica?
5
What's the time frame that passes in Season 1 of The 100?
2
Woman in red from The 100 connection to Matrix
3
In "The 100", has the issue of the Alpha Station Ring at Arkadia/Camp Jaha tipping over ever been addressed?
12
What was Prof. Brand's plan?
6
Where do the Nightbloods come from in The 100?
3
When did Clarke become pregnant in the TV series 'The 100'?
4
Why do Connor and Murphy MacManus respect Rocco?
2
How does humanity survive after half of the population returns?