Why did The Unsullied travel by sea? 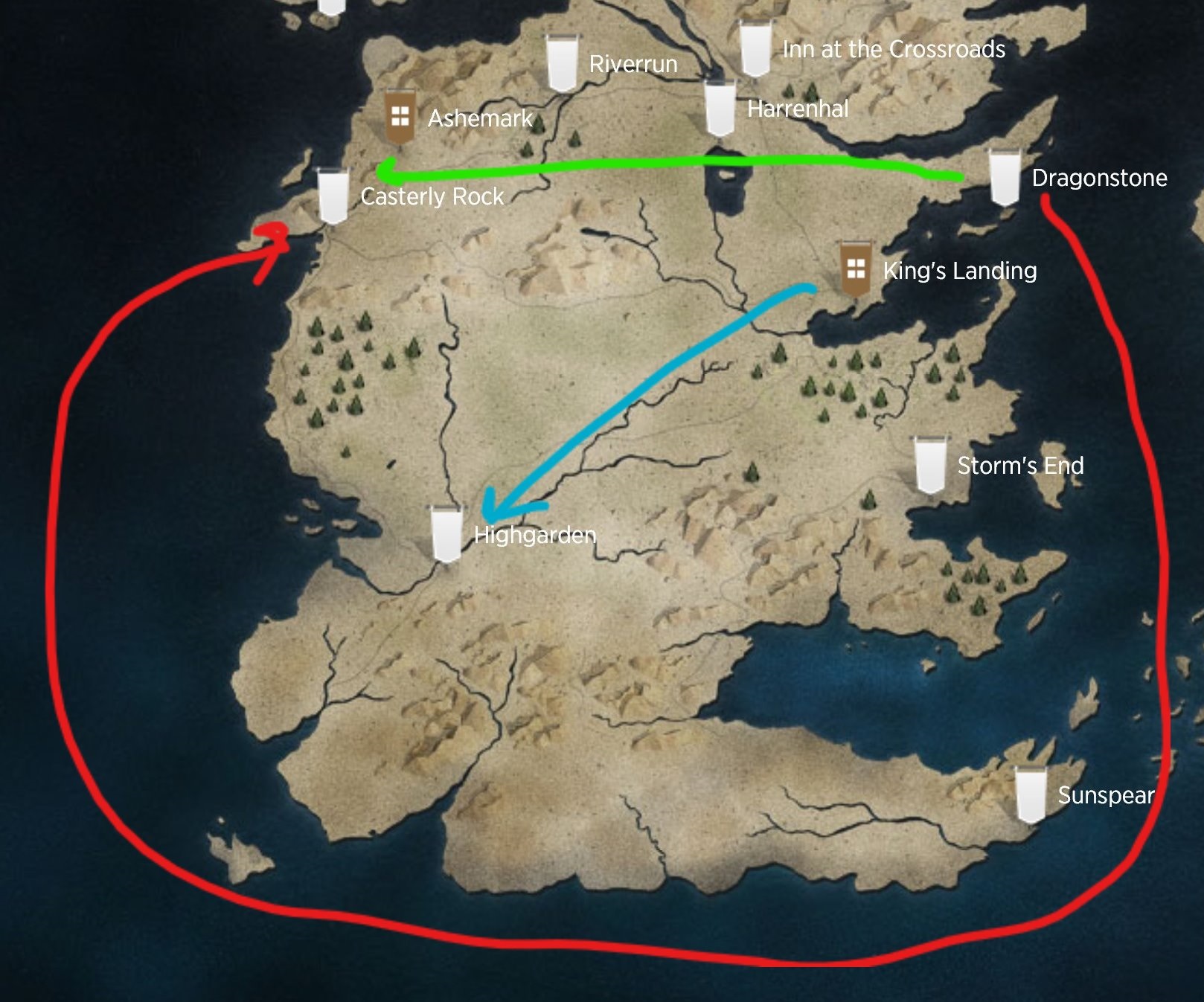 Looking at the above map, The Unsullied took the red route which seems much longer than the green route. I read that it was too long (?) to go by land. But at the same time, Jaime attacked Highgarden by land (with foot soldiers) in a route that is almost as long.

As for Casterly Rock's breach, it only needed one ship (as we see in the episode) to open their gates.

Travelling by sea has advantages. Its significantly faster than walking and your army arrives more rested and able to fight than one that has walked. I'm not saying that this journey would be faster than walking, given the distance is much longer, but it might not be as much different as the map would indicate.

It's also the case that King's Landing is the capital city of the Seven Kingdoms. There is a fairly direct route between it and Highgarden. Dragonstone is on an island and has indirect routes to Casterly Rock - particularly if you are avoiding going via King's Landing.

Daenerys is also the 'foreign invader', and may not want to stoke more resentment than necessary or invite any ambushes by marching an army via Harrenhal and Riverrun.

They had to attack without being seen. They're immigrants and part of the Lannister persuasion to get the remaining lords of Westoros to join her fight was to show them that immigrants would be coming to pillage their lands. Tyrion knows this, and he knows that marching them thru the land increases the chances of being seen. Tyrion wants to discredit Cersie's claim of immigrant warriors, so he has them sail the seas, but it cost them dearly.

At the end of the episode Jaime pointed out that without their ships they will have to march back to Dragonstone and can be picked off along the way. I'd say they took ships as a safer mode of travel.

8
How does this fleet reach their destination so quickly in S07E03?

22
How do the Unsullied prioritize their orders?
25
Why would an Unsullied go to a brothel?
30
How come the Unsullied are overwhelmed so easily?
9
How did the giant travel across the sea to Castle Black?
34
Why are the Unsullied castrated?
15
Why are the Queensguard in Game of Thrones (S07) wearing black armour?
5
Why did Arya need to travel to King's Landing?
4
How can the Unsullied form a new House?
9
When did the Unsullied learn to speak the common tongue?