What is going on in Mulholland Drive?

I know that David Lynch's movies are all very deep and hard to grasp and that probably there is no simple answer to this question, as there are different ways to interpret the movie.

Still I would like to know, what is the main story behind Mulholland Drive and what is the most common interpretation of what it is about?

I watched it several times and read the 10 clues that Lynch gave to unlock the riddle, but I still don't think I understand the movie. Is it all a dream? A metaphor? Whats with the character switch? Does the appearance of the strange old couple has something to do with sexual abuse? What about the monster in the alley?

What the hell is going on in Mulholland Drive?

When movies.stackexchange.com was announced, the very first thing I thought of was "how long after launch before someone asks for an analysis of 'Mulholland Drive'?"

Having said that, here is the very abridged version of what's going on.

The viewer knows a couple of key points:

As is typical in Lynch fashion, things begin to become unclear quickly, and there is a definitive point in the movie where things switch around.

When the box is opened, the perspective changes. Although the viewer may not realize it, he is now in the real world, the waking world of Diane/Betty. The entire first part of the film, up to the opening of the box, has been in Diane/Betty's dream. Betty has ultimately come into contact with all of the various people (in real life) that she has seen in her dream, and (as is typical with our dreams) faces / events are re-arranged, mixed up, and re-associated to form bizarre stories.

The opening of the box symbolizes Diane/Betty waking up.

The order of events are re-arranged so that we, the viewer, are able to piece together the puzzle (ie. Betty coming into contact with a person in real-life...who then becomes a face --but an entirely different person with different motives--in her dream).

A much more thorough analysis can be found here.

"David Lynch's 10 Clues to Unlocking This Thriller". This Card is Contained within the original DVD release

This may not be an answer for the query, but felt that it should be shared here so that some one can pay attention to key points that lynch want us to see.

Lynch is usually more open to interpretation than most writers/directors and this movie is no exception.

Its not clear that there can ever be a 'completely true' interpretation of Mulholland Drive, but the most commonly discussed idea that is relatively easy to state is that Betty is Diane's dream of a better life. Putting it in the context of a dream explains away much of the strangeness of some of the plot. There can be several other postulations - alternate realities, the Wikipedia entry suggests a Mobius strip of time.

I usually like to understand movies, but Mulholland Drive is more to be experienced than explained.

The film is also a reimagining of several other movies: 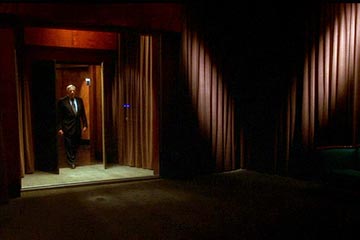 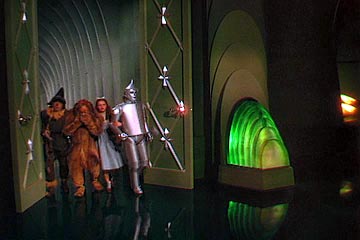 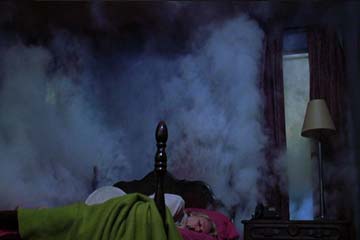 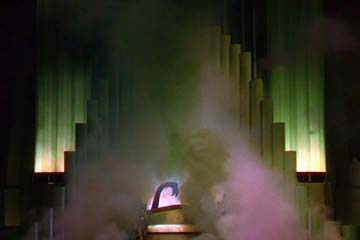 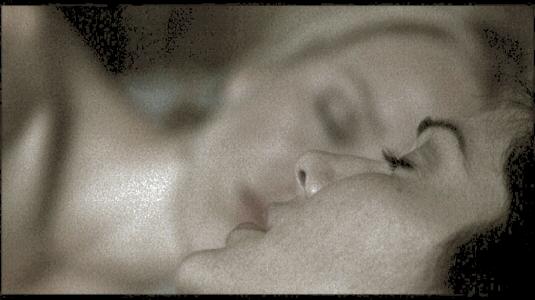 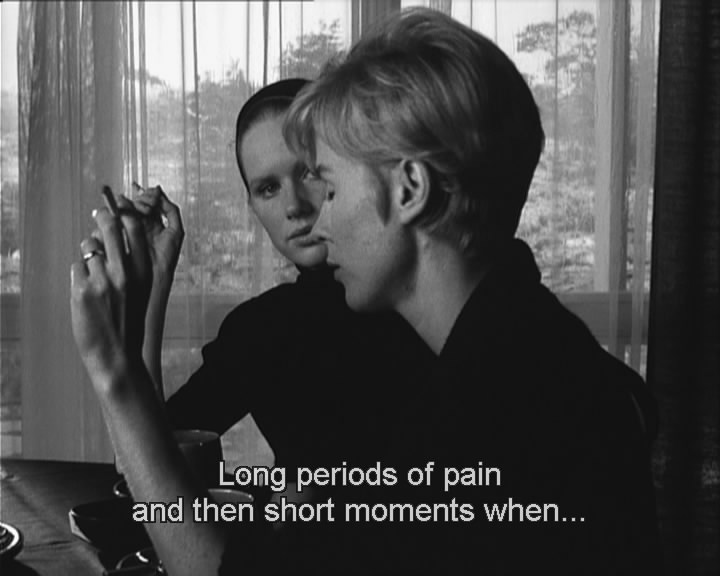 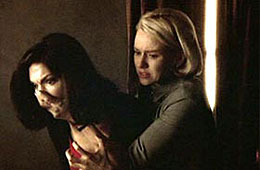 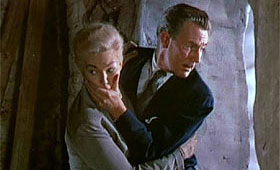 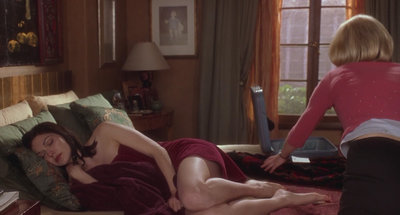 This is probably another Hitchcock reference, this time to Psycho: 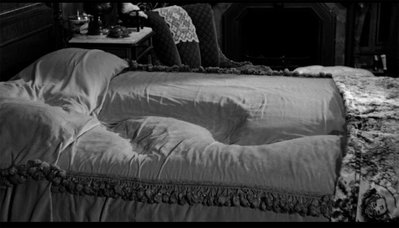 EDIT: I had the realization recently that what Diane does with characters from her real life, i.e. recontextualize them, is exactly what Mulholland Drive does with prior film history. That's obviously true for many other movies - film history is littered with self-reference - but Mulholland Drive uses its references to an unique purpose. Lynch is also famously interested in dream logic and its relationship to the cinema; it's probably not an accident that some of the most powerful scenes in the movie threaten to (but do not) disrupt not only the fantasia of Diane's dream, but also the suspension of disbelief of an audience watching Mulholland Drive itself. We too are "only" watching a recording just as Betty and Rita are, but like them, we nonetheless feel sincere emotion. And we get a gentle reminder of this same idea when the same campy script that Betty and Rita ridiculed earlier is performed with legitimate heat in her audition scene just before Betty is nearly (but not) introduced to Adam. Adam, of course is creating a movie within a movie, one with a production that features actors lip-synching over recorded music, just like the unnamed woman at Silencio. In the same way that the Wizard in the emerald city at last reveals his machinations to be "just" an illusion, the work of the film director, both in character as Adam, director of The Sylvia North Story, as well as outside as David Lynch, director of Mulholland Drive, are also creators of deceptions. But the power of that illusion is nonetheless also a testament to the power of cinema. "No Hay Banda," sure, but the transportive ability of the film is nonetheless real, and simultaneously an homage to prior shared dreams in a movie theater.

What iandotkelly says about Lynch and openness to interpretation in his movies is universally true.

I want to add another interpretation, that I heard. In the second part of the movie Naomi Watts plays a different character. That explanation somewhat reduced my level of confusion about the movie, if you can see both characters as completely separated. But I also like iandotkelly's interpretation.

I have my own interpretation of the movie, I haven't shared it with anyone yet, think is about time to do it, since it is quite different from anything I have read so far (and it's been quite some time since the movie opened). I think that what this movie/Lynch is trying to tell us is that God is something like a movie director, casting auditions after a person dies. Depending on the outcome, i.e. if the actor gets the part or not, this person is sent to hell or heaven or even gets another chance in life, the chance to play another part in a movie. In this place, you don't have any recollection of your past, you are given a clean start.

The order of the events is mixed up but note that Diane pays someone to kill Camilla and then commits suicide, so both girls are dead. Camilla dies first so she goes through this "audition" first and apparently doesn't get the part (remember that when Betty auditions, the man there mentions something about a brunette woman that also auditioned), so she is not given another chance, unfortunately. Now recall that in the beginning of the movie, a person is trying to lead Camilla somewhere that she doesn't want to go but then an accident happens. So instead of being put away since she fails, she is now on the loose. Diane now is also there, since she committed suicide out of guilt, not long after Camilla was killed. The two women now meet in this place which is something like in-between the real world and hell/heaven, something that shouldn't have happened. Now recall that there was a strange woman living there, kinda spiritual, that freaked out when she saw Camilla and told that "she shouldn't be there".

None of the two women have any recollection of their past life, but at the end, inside the "Silencio" club, they remember everything, this is what the opening of the weird blue box symbolizes. Both women have failed, Diane wakes up by a freaky cowboy in cheap motel, a symbolism for hell. I haven't seen the movie in a while, but I do remember that everything weird could be explained under my assumption.

Those who have gone through it know that in that moment it is horrifying, confusing, exciting and ultimately in some ways insane. All they want to do is go back to how it was the moment before the memories re-surfaced or metaphorically meaning to go back inside there own Pandora's box unopened and safe. This explains Diane's hysteria and morbid hallucinations that ultimately led her to run into her bedroom and kill herself. Her Pandora's box or repressed memories were a way for her to deal with the horrible crime she had committed and once her Pandora's box opened and reality was now staring her in the face it was in the end too much for to handle.

I think there is a lot of metaphysical stuff going on in this movie - something akin to the movie The Sixth Sense with Haley Joel Osment and Bruce Willis. In that regard, you could say that "Rita" actually died in the car crash and from that point in time, all that happens is imaginary - just as in the aforementioned "Willis" movie. Within this post-death world that we see after the accident, there are deeper levels of it as seen in the scenes with the Cowboy. Specifically, he is not an embodied or "human" person, rather, he is either an good angel or a bad one and this is further supported by the light bulb flickering on and off just prior to his showing up and again as he departs. Even the glimpse that we see of him at the pool party/engagement party, he is ethereal whereas everyone else in that scene is embodied. Anyway, this is my take on this enigmatic movie that I saw last night for the very first time.

The Blue Key, btw, has two definitions, one for the dream sequence and one for reality.

For the dream sequence, the blue key is basically the key to the truth. Pretty simple. This may be obvious, but as soon as it's used on the box, we get the true story.

In reality, it's a standard blue key. The hitman's calling card, kind of. He uses it to communicate that the job/murder is done, because he doesn't want to be in further contact.

I wondered why the hitman laughed when Diane asks "what's it open?" But then I figured, as in the dream sequence, again, it opens the truth, in this case, the truth of what Diane has done.

The hitman knows when a "client" sees the key and they know the target is dead, that they will probably go through a TON of emotions. It doesn't have to be a key, the emotions will probably be experienced regardless of the item. But a key amuses the hitman. And maybe he likes to think that a "key" messes with the person's mind more, and maybe it does (fyi, the key doesn't physically open anything).

Also, as a sidenote, we don't know where the hitman left the key, probably NOT on the coffee table. Diane probably just put it there and has been thinking about it. For how long? Not completely sure but less than three weeks. The piano ashtray was still there when the neighbor comes by-"c'mon Diane it's been three weeks"- and mentions the "detectives came by again" and it was there when Camilla was alive when they were gettin' freaky on the couch.

1
Does Mulholland Drive have a coherent storyline?
12
What is David Lynch's obsession with stages, red curtains, and female singers?
3
Assassination scene in Mulholland Drive

8
What is going on in Kill List?
16
What is going on in Pan's Labyrinth?
4
What happens to the hard drive with agents' names in Skyfall?
3
Assassination scene in Mulholland Drive
12
What is David Lynch's obsession with stages, red curtains, and female singers?
1
What is a speed drive?
9
Does David Lynch consider his own films to be science fiction / fantasy?
10
Where is Richard's thumb drive?