Who was Derek Reese going to kill?

In S02E09 of Terminator: The Sarah Connor Chronicles, Complications, Jesse has captured a man she believes to be Charles Fischer (a notorious Skynet collaborator) and is trying to convince Derek to kill him for it.

Eventually, the man admits he is Fischer and Derek points his gun at him and the following exchange takes place:

Derek: I don't remember. But she does, and that's good enough for me.

Fischer: So. You gonna kill me?

[At this point, Derek turns around to where Jesse and the other hostage are] 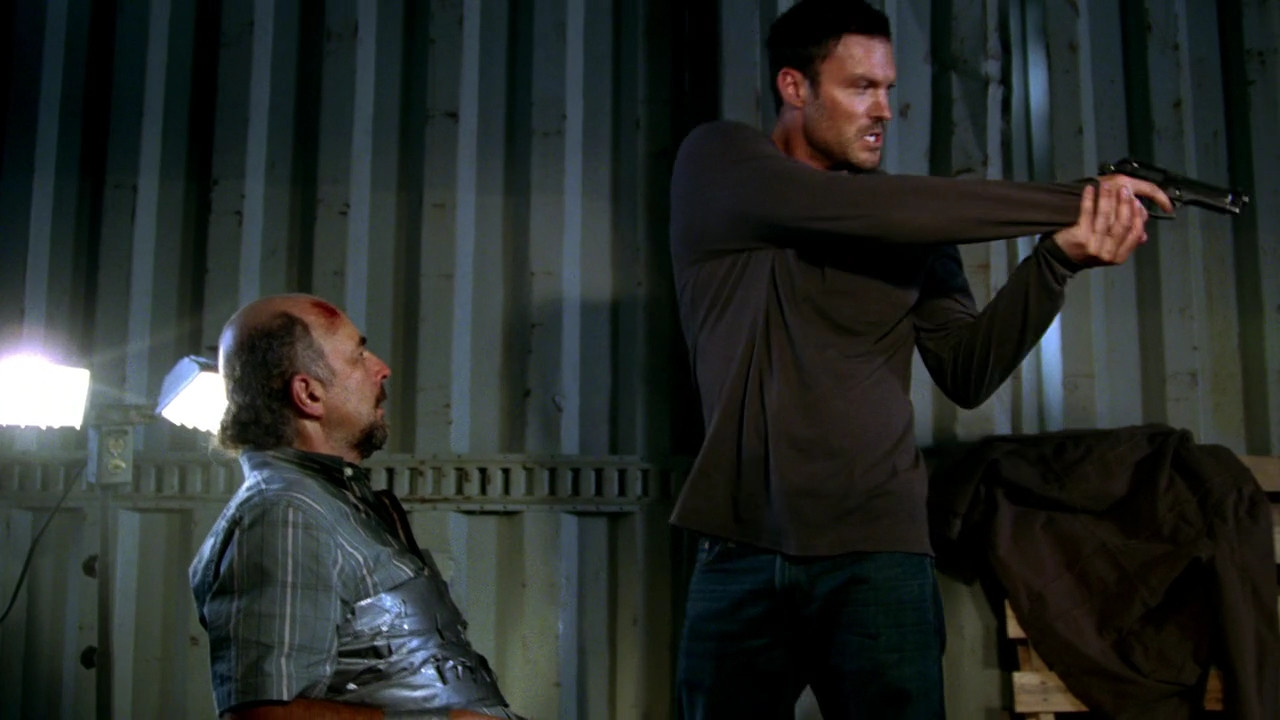 [A gunshot is heard. It is then revealed that Jesse fired the shot and killed Fischer]

But I can't figure out what he meant by "Not you", was he going to kill Jesse, or the other hostage (that they later released), or perhaps someone else?

Derek obviously didn't know what Jesse was going to do, or he would have said "Not me". And I don't think he was going to kill the other hostage as they didn't indicate that they knew he was the young version of the same man.

Are there any clues given later as to what Derek's intentions were?

Derek was about to kill the young hostage, the man confirmed that the other hostage is his younger self, he cracked and confessed. If you watch carefully, Derek wants to kill the young man to prevent him from becoming who he becomes and prevent what he does in feature, but Jesse kills the older as the younger has not committed any crime yet.

At the end of episode, we see the younger hostage (who was released), is about to meet the fate Derek was about to kill him for.

8
Relationship between Walt, Jesse and Gus
6
Why didn't Gus tell Jesse his plan for the trip to Mexico?
1
How was "Derek Reese" alive in the future?
4
Why are the Terminators dragging a turbofan jet engine?
1
What did Martin Bedell do in the future?
2
What is Jesse's Judgment Day?
5
What was Hoffman's plan in Saw V?
10
Was the man in the woods a cannibal, a trap, a hero, or just suicidal?
0
Was Skynet unaware of how John Connor was conceived?
26
Why don't Jules & Vincent immediately kill everyone in the apartment except Marvin?