How was “Derek Reese” alive in the future?

In Terminator: The Sarah Connor Chronicles season 2 Episode 21 (Adam Raised a Cain), John connor, Sara Connor, Derek Reese and Cameron come to Catherine Weaver's building to save Savannah Weaver. In this rescue mission Derek Reese is killed by a Terminator. This incident happens in the year 2007. 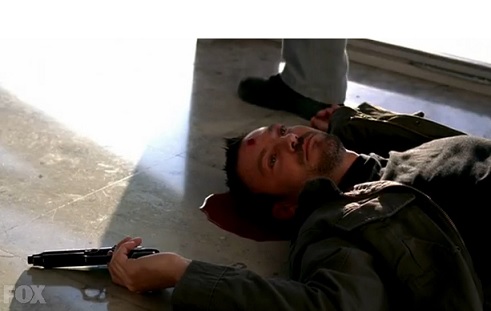 So in last episode of season 2 John Connor and Catherine Weaver went to the future and then John found and met "Derek Reese" with the resistance army. So my question is, if Derek Reese died in 2007, how is it possible that he is alive in the future?

All these incidents are happening on same time line and the same earth.

It is a younger pre-time-travel Derek.

A fews things about the future John Connor and Catherine Weaver travel to:

"All these incidents are happening on same time line and the same earth."

That is false. In fact, we see conflicting timelines just in Season 2 with the introduction of Jesse. She has different memories of events and potentially a different Judgement Day date than Derek does. For instance, she says Derek was tortured by Charles Fischer, though Derek doesn't appear to have any memory of this.

6
Did John Connor fall in love with a Terminator?
1
Why did Cameron try to Kill John?
3
Did Cameron betray John Connor?
5
Is it Real tears or Liquid?
3
Which year in the future did John Connor and Catherine Weaver go to?
4
Why are the Terminators dragging a turbofan jet engine?
1
What did Martin Bedell do in the future?
4
What is Cameron meaning by saying “I call 9 millimeter”?
0
Was Skynet unaware of how John Connor was conceived?