Have Finch's back problems been explained?

In the present, Finch shows signs of significant spinal trauma. He has a severe limp and his neck and upper back are generally held very rigidly. He'll turn his whole torso, or sometimes even his entire body, rather than just rotate his head to look at something.

However, in most flashbacks we've seen him working fairly normally. In one scene, he's even jogging on a treadmill.

Has there been an explanation yet, as to what injuries Finch suffered to bring him into his present condition? I'm pretty sure I'm fully up to speed on the series, but don't recall any explanation thus far - is there something I've missed or forgotten?

Finch is involved in an accident and fakes his death [...] According to X-rays analyzed by Megan Tillman, Finch had a spinal fusion surgery as a result of his injury during this time period, possibly due to the accident. (Episode 1x04: Cura Te Ipsum) 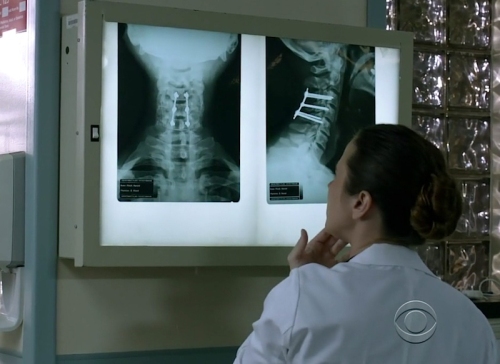 As a result of [the spinal fusion surgery] and the preceding accident, Finch displays a range of physical disabilities such as the inability to turn his head, rigid posture, a limp, and severe chronic pain.

Not the answer you're looking for? Browse other questions tagged plot-explanation person-of-interest .

20
Talia and Bane age problems?
4
Should the Trebles have been “cut off”?
14
Would valuables really have been stored in Nakatomi Plaza vault?
4
How long have they been dead?
6
Would the crew have made it back to Earth anyway?
3
Shouldn't these two characters have been eliminated?
4
Who caused problems during the ritual?