Were the survivors the originals or their tethered counterparts?

Ok, so while it is clearly explained in Jordan Peele's Us (2019) that Adelaide got switched with her tethered counterpart as a child, what about her children? Were they weird just because they were technically half tethered, born to a human father and formerly tethered mom? I guess since the real Adelaide (Red) was stuck with the tethered all those years and forced to have babies with the tethered version of Adelaide's husband, those underground tethered kids were technically half tethered / half human too.

Above ground son is Jason, tethered son is Pluto. Both these kids were strange, Pluto of course more so, but same question...Is Jason the same kid throughout the movie and has he always lived above ground or was he maybe at some point switched with his tethered version? Points to consider...making the sand castle tunnels, the short disappearance on the beach, understanding the tethered so much quicker than everyone else, making his double walk into the fire, the burns on his double possibly preventing speech. 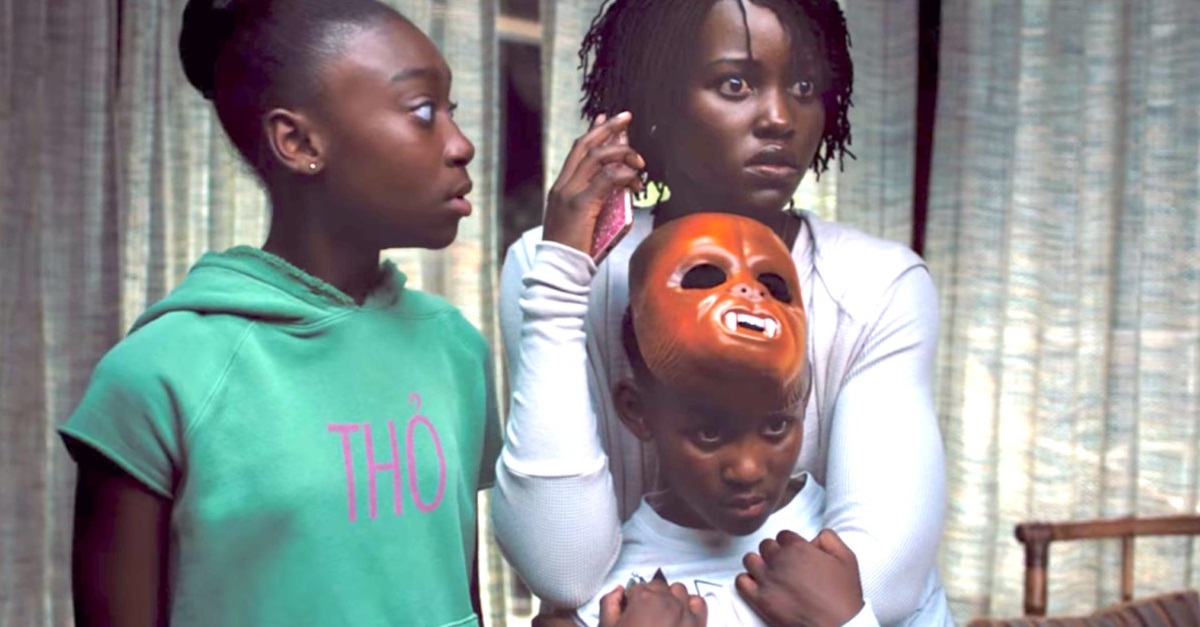 plot-explanation analysis ending us
share|improve this question
edited Mar 25 '19 at 12:41

All the shadows / clones / tethered people / underground people couldn't talk. We see this throughout the movie, when they're attacking the original humans. They groan. They roar. They scream. The only one that can talk is Red (Lupita Nyongo), and that's because she was actually a human, swapped with her mute clone as a child. That mute clone was then taught to talk over time.

At the end of the movie, everyone in the SUV was a human (except the odd case of Red / Adelaide). We know they're humans because they've all talked recently.

Not the answer you're looking for? Browse other questions tagged plot-explanation analysis ending us .

6
Why does Abe want to stop the originals from building the box?
15
Why the Robots were so unconventional?
1
Why were the Germans drinking their own pee?
13
Did the creators of Seinfeld ever have an alternate finale in their mind for the show?
2
Were Angier and Borden aware of the other's presence during their magic tricks?
7
How are the tethered able to plan a revolt in Us?
10
Why did the Tethered form a line in Us?
3
Is the series suggesting that there were two attackers?