Where is, or what happened to, the absent Ocean?

Having just attended a showing of Ocean's Eight, I couldn't help but note the absence of Danny Ocean from the film.

His sister, Debbie Ocean, visits a crypt, on two occasions, with his name featured prominently. These visits draw our attention pointedly to his character, and his absence from the film. 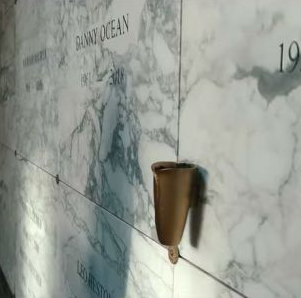 Is there any information as to why Danny is absent, and what might have happened? I don't recall anything from Ocean's 13 that might explain it, especially given the latter of the dates that were shown.

I half remember Debbie saying, to paraphrase:

"I hope you're in there," while standing in front of the crypt, but I may have misheard or misremembered.

Which, given Danny's chosen occupation, openly implies a lack of certainty or finality; but is it an open question? Or were there any tidbits that might offer confirmation?

The ending, and Danny's state, are deliberately left vague. Clooney has said that without Bernie Mac he couldn't see the Ocean's franchise continuing. Matt Damon filmed some cameo scenes, but they weren't used. There's no mention of why Danny has a mausoleum in the movie, but it makes the connection between Danny and Debbie and presumably it leaves the door open for Danny to make an appearance in a later film if circumstances present themselves. If that were the case, I'm sure they would include some plot narrative where he would have faked his own death.

Not the answer you're looking for? Browse other questions tagged character oceans-8 .

2
What happened to Danny Ocean