Why did Jonah ask Tuck to buy a rifle, twice?

In two separate episodes of Ozark (2017), Jonah asks Tuck to buy him a rifle. The first time, we just see Tuck buying the rifle and the clerk reveals that Tuck had checked the, "I am purchasing on behalf of someone else" box. After his purchase, Tuck gives the rifle to Jonah.

Then, we see Jonah asking Tuck to buy him another rifle while Jonah and Tuck are tying up the boats (during the scene when Garcia is delivering the $50 million). When Russ is purchasing his kidnapping supplies, we see Tuck checking out in the background.

Why? What happened to the other rifle? Or was this a singular incident and it was revealed in a "Breaking Bad" kind of way where we see a glimpse of the future.

He doesn't. The opening scene is a cold open played out of the regular timeline, and we see the event again later from a different perspective.

At the beginning of the episode, we follow Tuck purchasing the gun. We see a heavyset cashier bagging the purchase and saying.

Ok, you're all set. Have a superstore day! 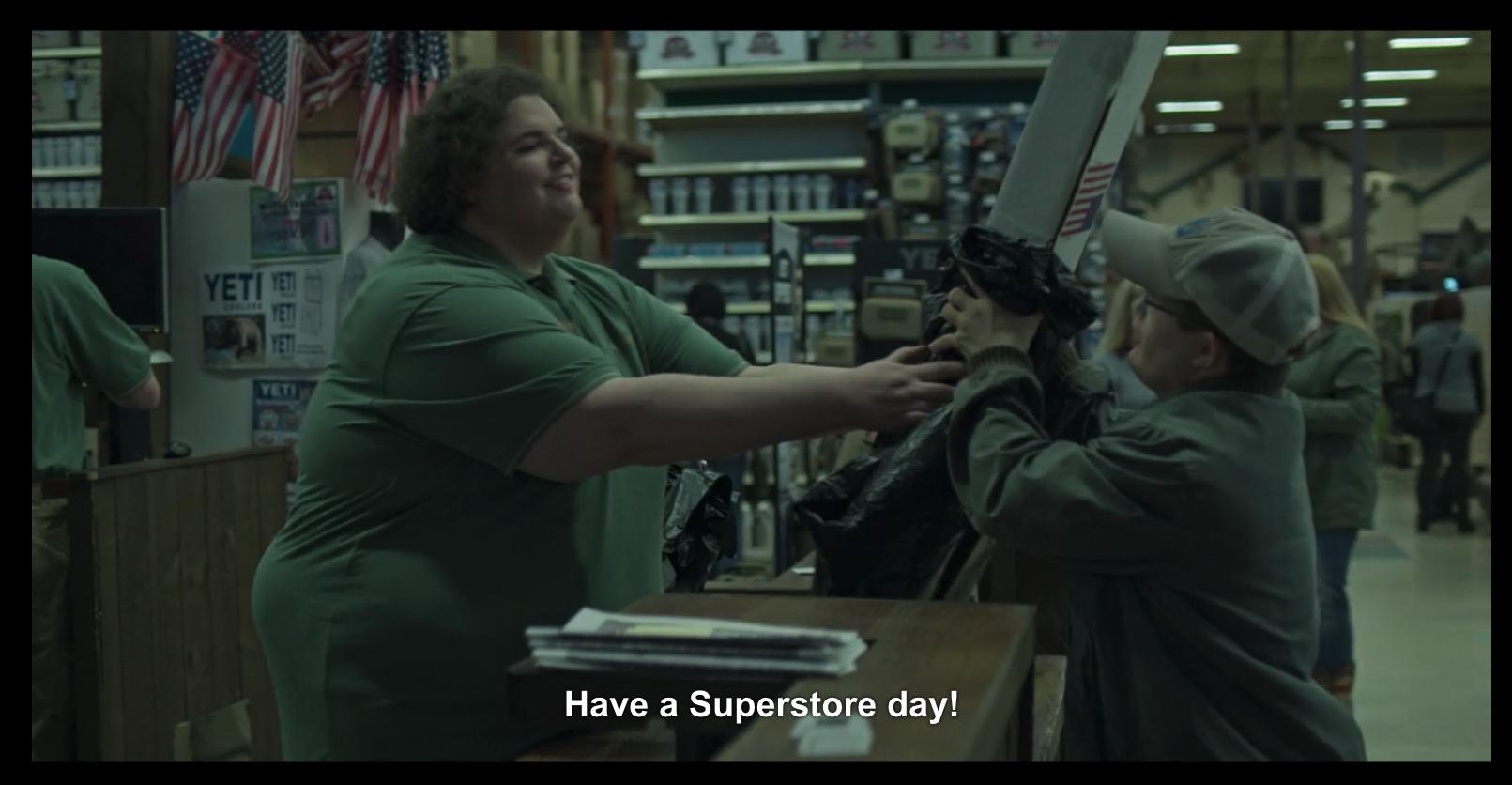 Later in the same episode, we follow Russ into the same store and see Tuck's purchase from the opposite angle. Even from a distance, we can see it is the same cashier and we hear her say

Ok there, you're all set. Have a superstore day!

Note: there is a difference in dialog here, which does confuse things. It does appear to just be a minor continuity error though, as the movements of the cashier match, as do the box and bag, and the cashier in the lane between the two cashiers we're watching. 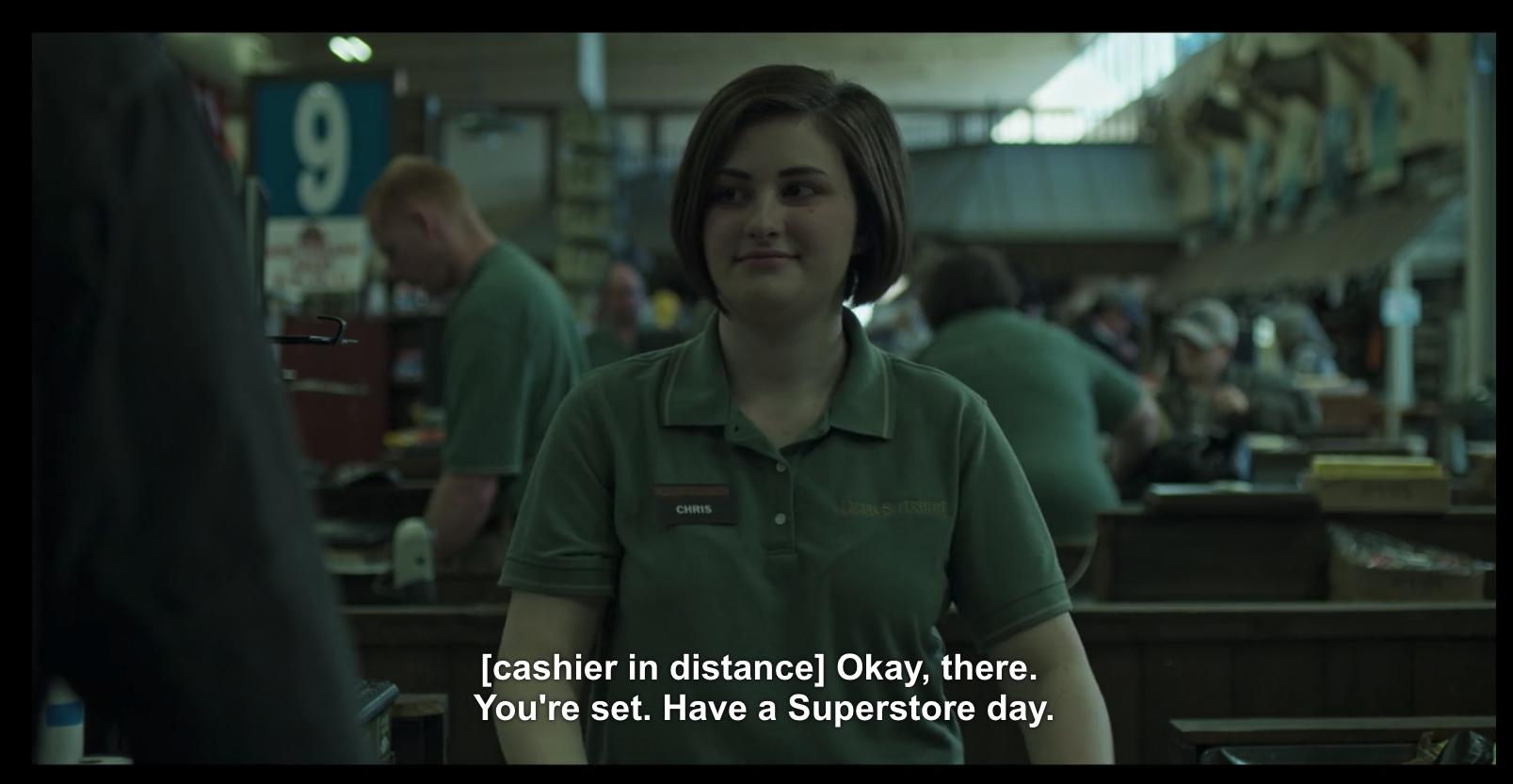 Not the answer you're looking for? Browse other questions tagged plot-explanation ozark .

5
Why did Alma Dray ask about Lionel Shrike?
5
Where did Loco get the rifle from?
2
How did Sonny buy the hotel?
12
Why does Ava ask - “will you stay?”
3
Why did Lee buy another basement apartment with limited furniture?
8
Why steal the egg twice in Oceans Twelve?
4
Why did Theon not ask Daenerys for help?
4
Why did Darlene put fentanyl in the drugs for the cartel?
1
Why did Sergeant Han ask that question?