What was erased from Jack Harkness's memory?

I just watched The Doctor Dances (Doctor Who, S01E10). Captain Jack Harkness said the Time Agency took two years worth of memories from him.

ROSE: So, you used to be a Time Agent now you're trying to con them?
JACK: If it makes me sound any better, it's not for the money.
ROSE: For what?
JACK: Woke up one day when I was still working for them, found they'd stolen two years of my memories. I'd like them back.
ROSE: They stole your memories?
JACK: Two years of my life. No idea what I did. Your friend over there doesn't trust me, and for all I know he's right not to. Okay, we're good to go. Crash site?

The issue was never brought up again in either Doctor Who or Torchwood.

So what was erased from his memory?

You are correct in saying that The issue was never brought up again in either Doctor Who or Torchwood.

Jack's missing memories were somewhat addressed in Big Finish Productions' audio play series: The Lives of Captain Jack (2017), "Month 25" (S01E04), released June 6, 2017, in which a young Jack's time at the Time Agency is explored, and we uncover some of the mystery behind the "2 years of missing memory". 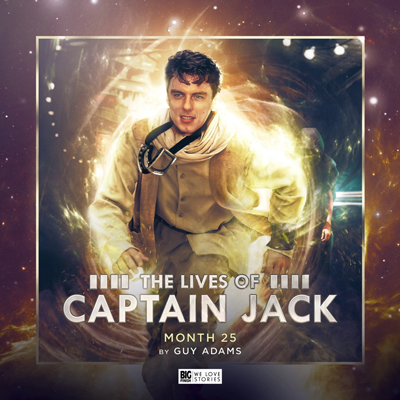 He’s the young star of the Time Agency, and his whole life is about to fall apart. But that’s not going to stop him winning.
—Official synopsis, Big Finish Productions

During this episode, we learn the following things:

But not much else is explored about these mysterious two years (much to the delight of fans of his mystique, and much to the chagrin of fans who need to find out more). Indeed, it's during this episode that Jack finds out he's lost two years of his memory, and we get his immediate reaction, voiced by John Barrowman.

9
How did Rose make Jack immortal?
4
What was at Utopia?
12
How did Hades not find out that Hercules was alive in 18 years?
5
What was under the blanket?
11
Was regeneration planned right from the start of Doctor Who?
4
Why did Jacob need to walk into the rain to get his memory erased?
10
What was the significance of the tire iron?
5
Did Jack Starks regain his memory after being shot?
5
How did Captain Jack Harkness keep on the TARDIS?
5
Did Jack write this from the start?