What was under the blanket?

After watching the Doctor Who episode Listen I was left with the impression that it was the Doctor's own nightmares and fears which led him to believe there was a creature perfectly evolved for hiding.

This is most likely caused by...

his encounter with Clara on Gallifrey. She hid under the bed and instinctively grabbed his leg when he was a child. This explains why he's so fascinated by the dream.

He's so used to battling monsters and aliens that he's very likely to believe such a creature is possible - he's using his own knowledge and experience to back up a common fear.

However, if all the strange noises and feelings were in fact simply people's subconscious then what was the very visible thing under the Rupert's bed? 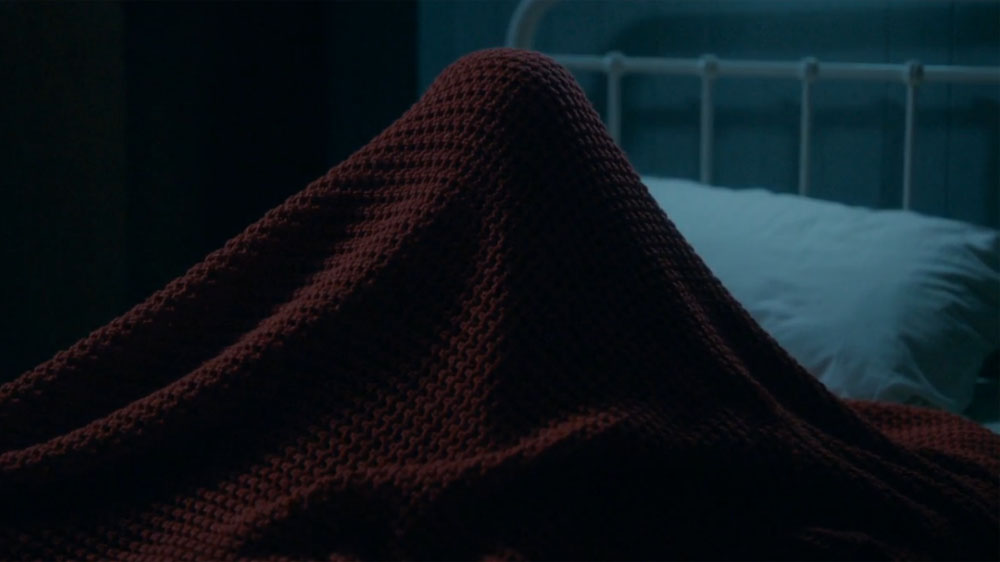 During the episode, the writers tried hard to leave it ambiguous as to whether the monster was real or not.
There are two things during the episode that really make you think that it was real.

There were lots of noises and phenomena that the characters experienced in the episode, each time there were two possible explanations given, a rational one and one that attributed it to a hidden creature.

At the end of the episode it is show that the creatures do not exist so this must mean that the rational explanations for the noises/phenomena were true.

5
What was under the sink in A Tale of Two Sisters?
18
Why was Christopher Eccleston the doctor for only one season?
7
Was the Silence Prophecy fulfilled in The Name of the Doctor?
4
What was at Utopia?
5
How long was the kingdom under the spell before Belle arrived?
8
What was erased from Jack Harkness's memory?
8
Was the Untempered Schism depicted in the episodes of any of the other Doctors?
4
What was Ryan holding near the start of Doctor Who S11E1?