In Person of Interest S02E09 "C.O.D.", a cab driver is paid for a getaway. The perp pays him $500 in cash, tearing the bills in half and promising to hand over the rest upon services rendered. Is this actually a known real-world practice, or is it an example of artistic license? 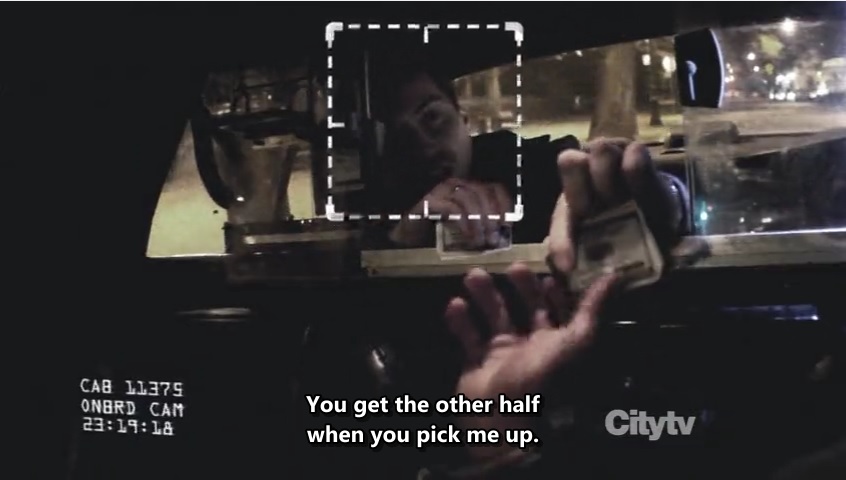 To my understanding, a dollar bill is considered legal tender in the US if at least half of the bill remains intact; so does this type of "transaction" even make sense, seeing as the party with more than 50% of the bill could just redeem it at a bank?

As of September 2014, torn dollar bills can be exchanged at any bank as long as more than one-half of the bill is still intact. If this is not the case, then the bill must be examined by the Bureau of Engraving and Printing

It is necessary to note a bill's approximate worth when sending it to the Bureau of Engraving and Printing. The bureau also requires a letter explaining how it was damaged. The damaged bill should be left in its original container, such as a purse or a box, to prevent further damage to the bill and help the investigator make a decision.

So would it be effective in real life? Probably not assuming the driver wanted to go through the hassle of going through the full procedure to claim the value but since this is payment for activity in an illegal event...he might just decide to go with the flow.

Note though that actually tearing a bill on half is illegal under Title 18, Section 333 of the United States Code.

Not the answer you're looking for? Browse other questions tagged person-of-interest .