How did Carl survive the eyeshot?

In season 6 of the Walking Dead, we watch the group attempting to walk through a horde of walkers while covered in guts. We then observe Sam Anderson getting killed with his mother after they reveal themselves. Ron Anderson tries to confront Rick but gets stopped by Michonne.

I had to re-watch the scene 3 times to come to conclusion that Carl got shot by Ron while he was dying. If so, how did Carl manage to survive a shot in the eye?

As I understand, his brain should have got inevitably damaged as can be concluded from a simple x-ray of a human head: 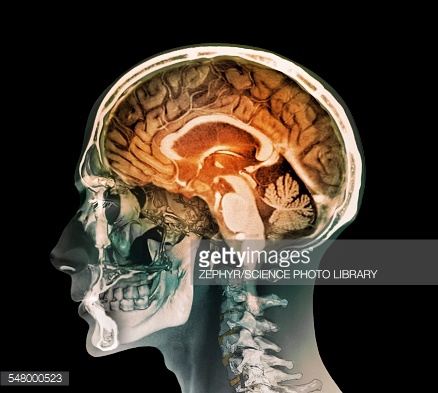 Based on the Talking Dead after the episode, they cleared up what happened.

The bullet glanced Carl, and chips from shattering bone provided secondary damage to the eye. 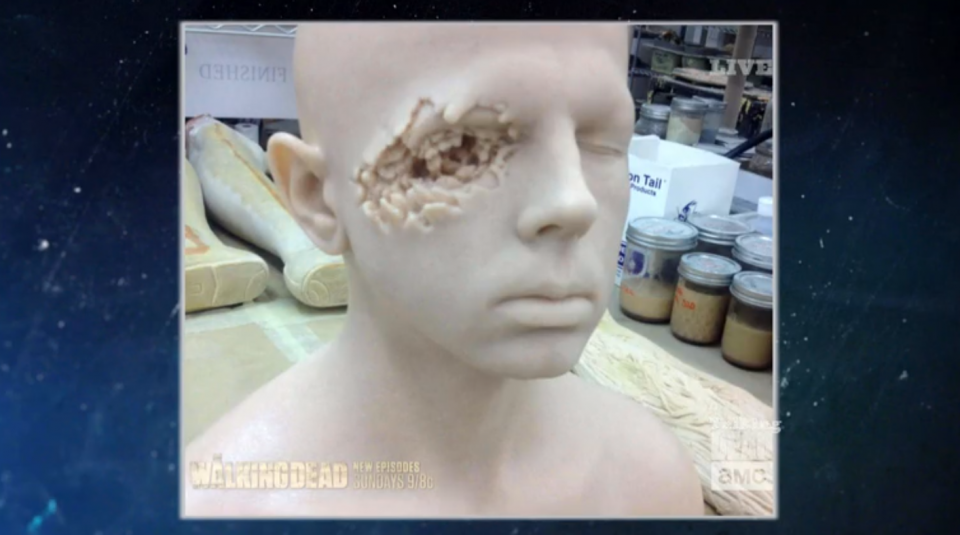 No internal penetration of the bullet.

No brain trauma. Period. So none of the gunshot to the brain statistics matter.

"The bullet kind of catches that bone as it comes down right above your cheekbone,” Nicotero, who has a background in pre-med, explained. “The reality of whether [Carl] would be able to survive that or not was something that was important. We still simulated the fact that it nicked that bone. What we’re seeing is … is that’s why the bullet didn’t go in, but it hit that bone and sort of shot outward. When we did the initial sculptures Robert was very specific about making sure that we had remnants of what the artwork from the comic looked like." 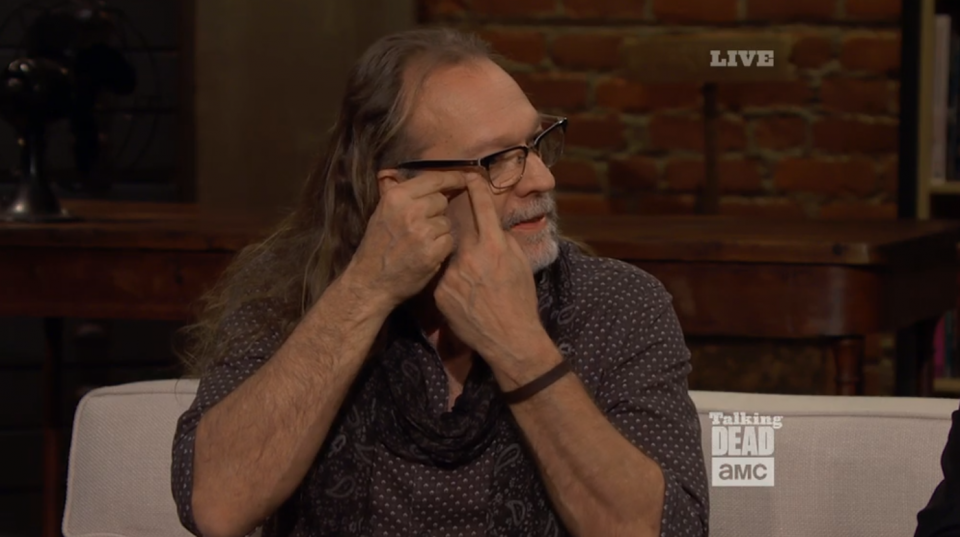 People get grazed in the face all the time. The initial treatment is minimal, basically removing chips and infection prevention, followups may be needed for plastic/reconstructive surgery to fix anything cosmetic.

[Dr. Arno Fried, the neurosurgery chairman and chief of pediatric neurosurgery for Hackensack University Medical Center] calls [Stephanie Ayula of Hillside, N.J.] the "miracle girl" who is completely normal neurologically. She will undergo additional operations to get her ready for a prosthetic eye. "She's healed very nicely," he said.

Fried said he doesn't often see young patients with such extensive injuries recover so well. "Depending on the type of injuries, it may be in 15 percent of the cases," particularly when the bullet only grazes the skull or "flakes the bone and barely goes into the brain," he said.