Having watched Hollyoaks later this week I've noticed that it is filmed in a different style to regular Hollyoaks.

Some colours seem washed out but others seem very vibrant, I was just wondering what they do to achieve this effect. 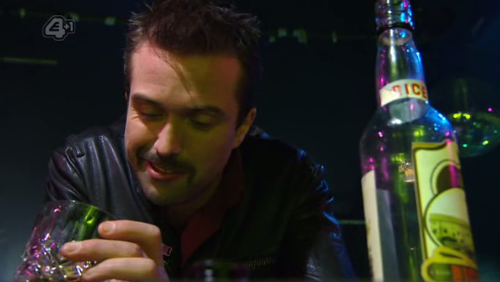 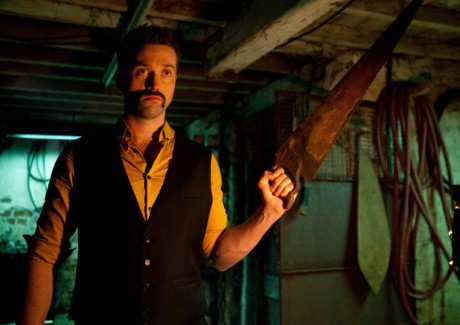 ...multiple shots are obtained in a single take without having to start and stop the action. This is more efficient for programs that are to be shown a short time after being shot as it reduces the time spent film editing or video editing the footage...Drawbacks include a less optimized lighting which needs to provide a compromise for all camera angles and less flexibility in putting the necessary equipment on scene, such as microphone booms and lighting rigs.

According to this an interview with actor Neil Newbon (Walker), the single camera gives Hollyoak its dramatic feel:

Hollyoaks is still the only soap that shoots with only one camera, we don’t use multiple camera shots across one another, and we shoot like a drama and because of that we are unique, it has more of a dramatic angle.

With single camera, every time the camera has to be moved, the lighting people have time to set the lights just the way they want them.

It's really just a case of different use of colour timing/correction - that's all, just an artistic decision that's implemented during editing by the tweaks they set when rendering the output files.

12
Why are there different audio levels for different languages?
3
Why do characters turn off a car when stopped, even briefly, only to turn it back on again?
10
Why do some movies originally shot on film have notably vivid reds and skin tones?
9
Are some films filmed with a larger frame than all cropped versions?
4
Why can we hear Lisa's bracelets?
7
Repeating same line at the start of the movie and at the end
10
Camera technique where crowd moves fast around a stationary character?
16
How are bullet impacts in concrete walls created?
2
Making documentary about illegal events