The Film Drive has the Below image: 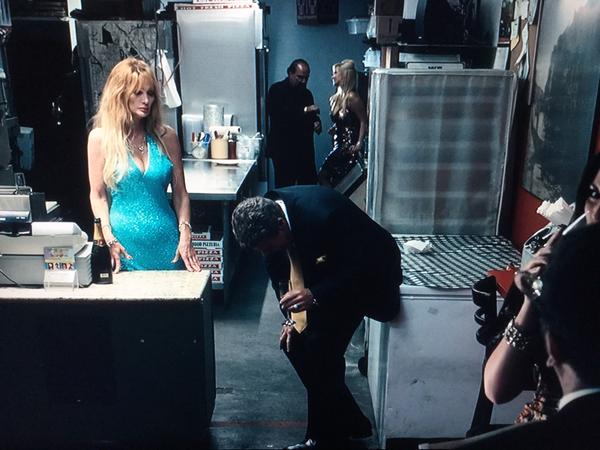 Is this an uncredited Cameo from Laurene Landon, the star of the Maniac cop films? It looks like her, and Refn has gone on record as saying he is a fan of those films, and was at one point attached to produce or possibly direct the remake. Also I know that Jay Bauman of RedLetterMedia had a very similar question, but I could not find an answer.

It's her. Laurene Landon herself confirmed it on Twitter. According to her, the part was cut short due to time constraints.

Not the answer you're looking for? Browse other questions tagged character casting drive .

23
Why does the Driver not have a name?
9
What's written on Cook's hand in the film Drive?
14
Was 'The Driver' leaving the town at the end of Drive (2011)?
9
What does the scorpion represent in Drive?
10
Why does Jake from Adventure Time have inverted eyes?
21
What is the record for siblings from a single family in a film?
2
Does Captain Tracey (Star Trek “The Omega Glory”) resemble a figure from American history?
2
What purpose does the cop play in Hotel Artemis?