In Money Heist S1E8, why does Helsinki take Arturo's temperature in Fahrenheit?

As far as I know, Spain uses Celsius for temperature readings. Why does Helsinki take Arturo's temperature while he's recovering in Fahrenheit? I'm assuming it's not important for the plot but I found it quite curious.

Presumably, though I can't check because I only have the original Spanish soundtrack, with English subs, this was a translation for a US-specific audience.

My version shows °C, in both the original Spanish soundtrack & the English subtitles. 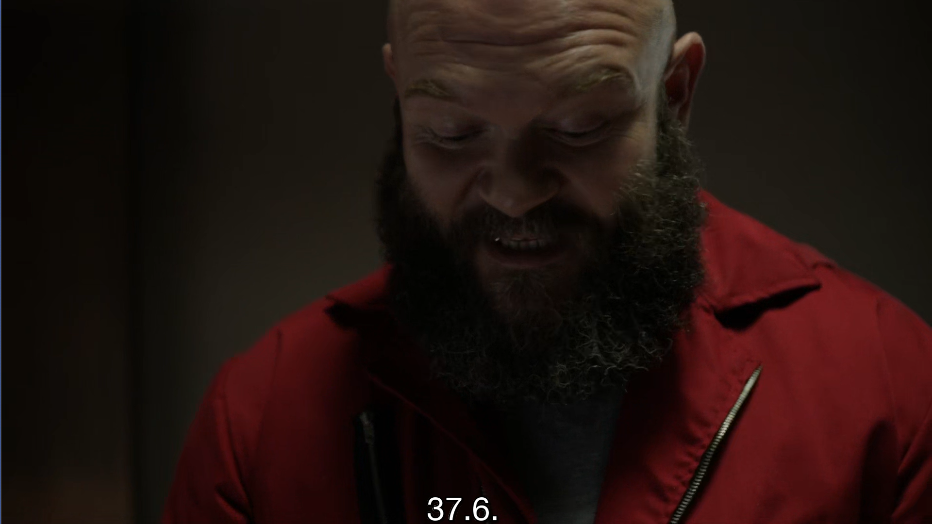 Timestamp approx 16.45 if anyone wants to check their version.
I recall there being two distinct releases of this, one by the original Spanish company and again after Netflix bought it.

From IMDB FAQ - Why does IMDb list only 9 episodes in Season 1, while Netflix clearly lists 13 for Part 1?

Netflix acquired the exclusive global streaming rights for the series in December 2017 and re-cut the series into 22 episodes of around 50 minutes length. Cliffhangers and scenes had to be divided and moved to other episodes, but this proved less drastic than expected because of the series' perpetual plot twists. Netflix dubbed the series and renamed it Money Heist for distribution in the English-speaking world, releasing the first part on 20 December 2017 and the second part on 6 April 2018. Pina assessed the viewer experience on Antena 3 versus Netflix as "very different", although the essence of the series remained the same. Pina and Sonia Martínez of Antena 3 would later say that the series, with its high demand of viewer attention, unknowingly followed the video-on-demand format from the beginning.

Not the answer you're looking for? Browse other questions tagged money-heist .

9
What does Helsinki say to Oslo in Russian in Money Heist, at the end of S01E12?
3
In the tv show Money Heist, what was the impact of changing masks?
1
In Money Heist Part 2 - Episode 9, why does Nairobi say she hates Berlin?
1
Why some thieves don't have a city name in Money Heist?
5
Meaning of Resistance in Money Heist