What's the story behind the 1980s no-name brand? [closed]

I've noticed in many films, videos, music-videos, etc produced in the 1980s that Repo-Man's "no name brand" appears in many places... 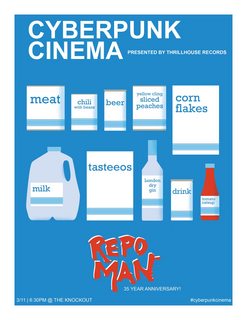 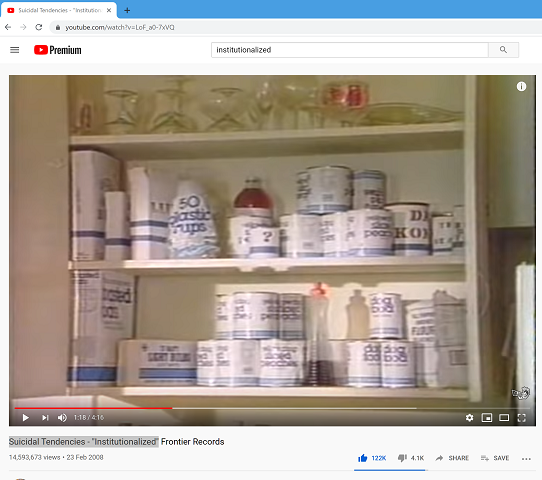 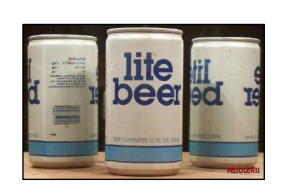 Why does this fictional grocery no-name-brand appear in different and ostensibly unrelated productions?

Repo Man and Suicidal Tendencies were using an actual product brand. The Generic Brand products were meant to be a cheaper alternative to name brand foods.

From the New York Times

But easy as they are to spot, generics - bargain-priced merchandise sold without a brand name or, for the most part, advertising - are becoming harder to find.

Introduced in the mid-1970's when inflation was high, the no-name products grew in popularity for a few years. But since 1983, their sales have steadily declined - almost to the point of extinction today in many supermarkets. Among the reasons, say analysts, are an improved economy, more price-cutting promotions by brand-name products and persistent consumer doubts about the quality of generic items.

And a commercial from the Jewel grocery chain from 1981

When a production needs a prop and they don't want to ask permission to use a real brand (which will possibly be refused or cost licensing money), they'll use an existing prop from a company that specializes in such items. And thus you see the same newspaper in productions decades apart:

The same newspaper has reappeared time and time again throughout the years in various movies and TV series, such as No Country for Old Men, Back to the Future, 10 Things I Hate About You, Casper, Desperate Housewives, Modern Family and lots of others.

They explain why it is used:

Unless the production house has a contract to use a newspaper of a certain publishing house, it is far safer to use one that doesn't entail any legal bounds. If a movie is made with an appearance of a notable product in it (including newspaper), you should know that it's not a coincidence. The arrangement is made either by licensing the product name, or in many cases, promoting it instead. The product placement fees in recent Transformers trilogy practically covers the budget of the movie.

Nevertheless, since creating an entire page of newspaper every time a character is picking up one for a glance is a time-consuming process, it is far better to just purchase a stack of Earl Hays fake papers for just $15 each. Sometimes if they have some left over they'll recycle them for another job.

Many of these generic products were real in the 1970s and early 1980s, as highlighted in this History's Dumpster blog post and Gone But Not Forgotten Groceries blog post.

The 1970s were a era of inflation in the United States, with inflation reaching 12.4% per year by 1980. Generic brands were a response to soaring grocery bills; they were cheaper for reasons including that no money was spent on advertising to promote them or make attractive packaging. I remember they also came with some stigma, since the distinctive look made it hard to conceal you were buying the cheapest items available.

At the time, the unbranded look could also make it easier to use items in movie and television productions, since if nothing else you could slap generic labels on dozens of empty cans without having to make realistic labels (much harder to design and print with the period's technology) or spend money on cans, boxes, or bottles with real labels filled with real product.

Not the answer you're looking for? Browse other questions tagged product-placement .