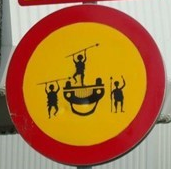 Professionally, I'm a software engineer & database administrator. In my free time, I watch way too much TV & movies. I've been a foreign film enthusiast for many years now, though I haven't seen nearly as much as I would like. I ran a film review website for a few years, as well as having some formal training in film analysis and criticism. Mostly though I'm just a nerd who likes to watch movies and actually get something out of them, as well as be entertained by the blowing up of things.