Where is Ann Shoemaker in Shall We Dance?

I just watched the 1937 Fred Astaire/Ginger Rogers comedy Shall We Dance at a revival house today. As is typical of movies of that era, the credits were extremely short. In fact, though the cast must have numbered over a hundred dancers, musicians and background players, only 9 actors received on-screen credits.

One of those actors was Ann Shoemaker, who is credited only as "Matron". I've been discussing this with the people I saw the film with all day, and none of us have the slightest clue as to who this character is. We can all think of a score of other important speaking parts that didn't get a credit, but we have no idea who this "Matron" might be, or where she appeared. Online searches have revealed no photos of Ann Shoemaker in this movie.

Does anyone know specifically what scenes Ms. Shoemaker appeared in? Did she actually have any lines? If not, does anyone know why she might have been credited over other more prominent performers?

I can only assume it's the taller of these two older ladies (matrons)...

There's a reference on TCM to the Matron being a Mrs Fitzgerald but I can't find that name referenced in the movie. 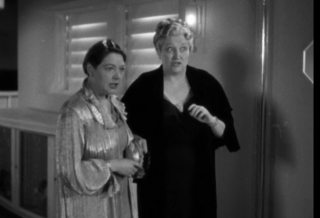 It seems to approximate this image at the Movie DB 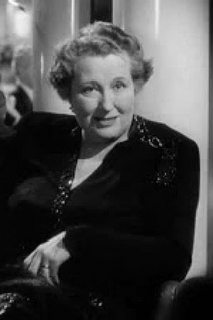 As for credits...that's a complicated question... and one must assume that she got billing because of her standing.

Not the answer you're looking for? Browse other questions tagged credits shall-we-dance .

70
What rules govern how TV show opening credits are structured?

19
Why is this picture used in the opening titles of Cheers, and where is it from?