What determines a movie's run at a particular theater?

What determines a movie's run at a particular theater? Do owners decide day to day whether to pull a title, or do they have fixed distribution deals that predetermine the length of a run? If a movie is doing well or doing badly can a theater change whether it is showing the movie or are they stuck to a contract of some kind?

In fact, at least 20 percent of all wide-release movies (defined as playing in at least 2,000 theaters) run for only two weeks, according to a Big Crunch analysis of more than 700 wide-release films in the last six years. Practically no movies close before the first two weeks. 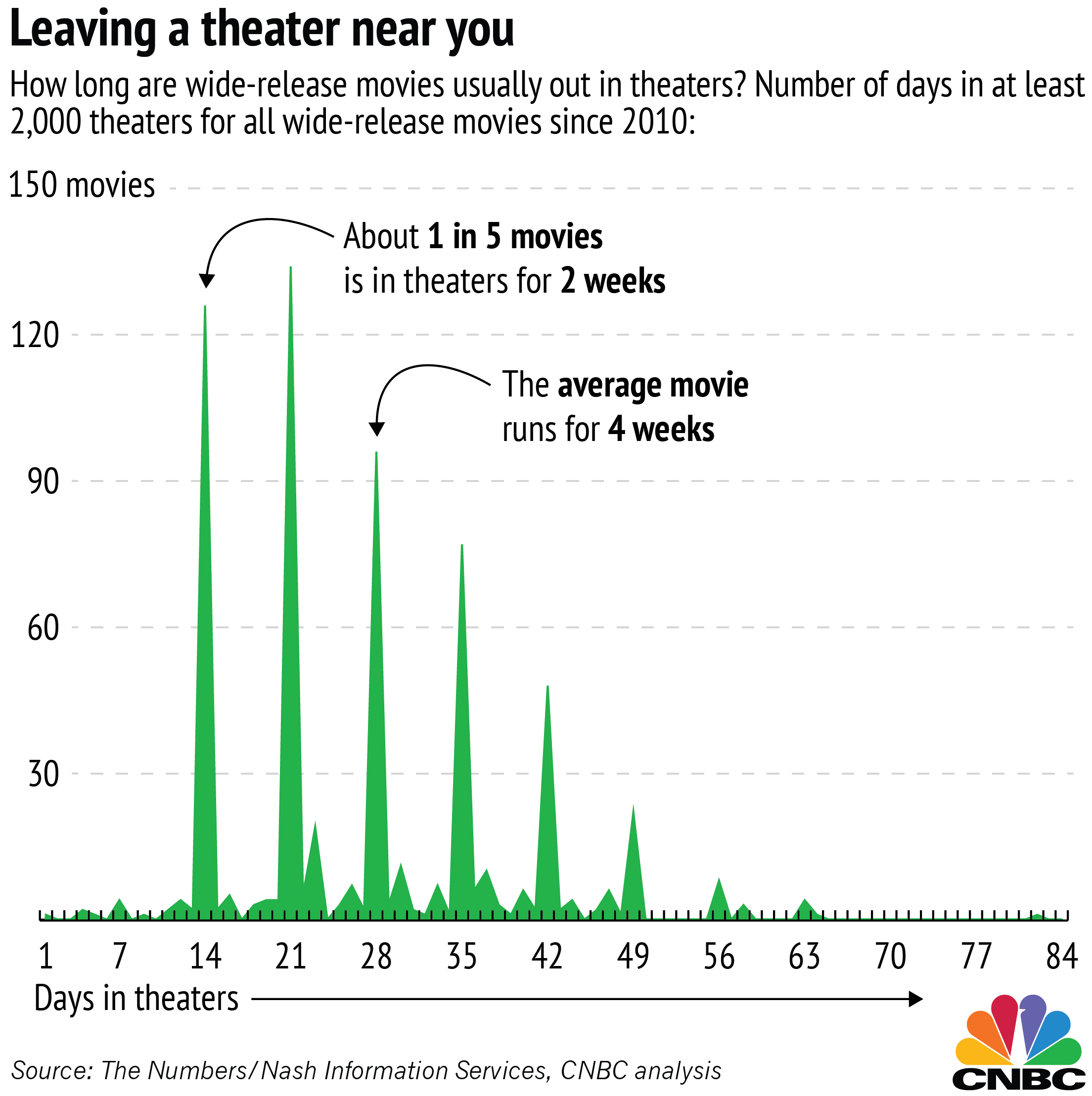 Enthusiasm from movie-goers is only one of many factors that determine how long a movie will remain in theaters. The rental contracts between movie distributors and theaters give the theater the right to play the movie for a certain number of weeks, so run lengths are usually in 7-day intervals.

But if a movie isn't bringing in customers, a theater can't simply replace it immediately with another movie. Distributors often require that their film be the only one that plays on a given screen during its run, and theaters are also often required to show a movie for a **minimum run length.

"If it's a small independent film, it may just move around the country and it may just play for one week in a particular location," said Bruce Nash, founder of Nash Information Services. "But for the kind of films we're talking about, it's normally a two-week minimum."

Research indicates that the theaters themselves would probably not opt to run many movies more than a single week if it weren't for those requirements.

More at the link above...

Of course, some movies run a long time simply because they're popular with customers and profitable for both the theaters and the distributors. But others are clearly not going to make money for theaters, and they still run for three or four weeks anyway. As a rule of thumb, a movie should make about $2,000 per theater in a weekend, or about $450 a day during its wide release to make money for the theater, said Nash — although of course the economics of showing a movie differ substantially between theaters.

"For a 20-screen multi-screen multiplex, you're going to put something on every screen and the marginal cost of putting something on that screen is very low," said Nash. "You can run the whole multiplex with one or two people sitting in the box office, one or two making popcorn and one or two checking tickets, so you can do 20 screens with 10 people."

4
What advantages do Criterion releases provide new films?
16
How are digital movies sent to a movie theater?
3
What happens to the movie, after it has run out in theaters?
4
Why is Universal allowed to open a theater?
3
Why is Grauman's Chinese Theater used for so many premieres?
62
What is the longest aired episode of a TV series?
44
What media format do TV stations use?
79
Is the loudness of a movie in the theater set by the theater or by the publisher/studio?
6
Showing Old Movies in Theater
0
What is the TV series with the longest total screentime?