What was Interstellar's post-climax scene all about?

I'm confused about the scene where Matthew McConaughey wakes up in this new habitat of the humans. I presume that it's not earth, he's on another planet. And why does the land look like a tunnel there? Is it the black hole where all are residing now?

It's actually a space station, orbiting Saturn. The reason it looks like a tube or the inside of a big barrel may seem a little confusing. But in outer space, there is no gravity. One simple way to simulate gravity is to create a big tube, put the people inside of it, and spin it. Since it's spinning, people are "pushed" against the outside of it. That feels like gravity!

If you're having trouble envisioning this, think of the "Roundup" ride at amusement parks. video 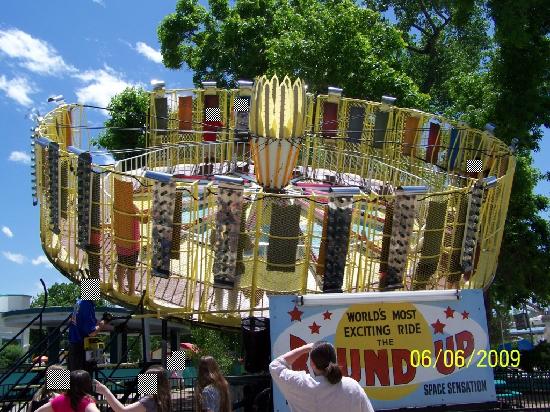 Everybody's pressed against the "outside" of the ride as it spins around. Imagine this if there's no gravity; you would just be pressed, evenly, against the outside. Once you caught your balance, you could get on your knees, and then your feet, with your head pointing towards the center. If you looked "up", you'd see the people on the other side of the ride, standing as though they were on the "ceiling", looking "down" at you!

1
Question about space station physics in Interstellar
16
What do Murph and NASA do to save humanity after solving Brand's equation?
2
Spaceship to transport human in interstellar

23
Final scene in Planet of the Apes (2001)
9
How is Cooper's age justified?
30
Why is the ring of debris (accretion disk) surrounding Gargantua shaped the way it is?
9
Suicide Squad movie Timeline
9
Is Gargantua a black hole or a wormhole?
26
Why doesn't Murph tell her dad that she knew who the 'ghost' was?
1
How were both Plan A and Plan B supposed to work together?