In the Law & Order series (including the sister series SVU and Criminal Intent), were any of the cast actual attorneys in the past, or had they been in actual law enforcement as officers or detectives? I would think this would help with the realism of the show if many already knew how the US courtroom/enforcement/investigation system worked in real life.

I had read that F Dalton Thompson had been both a politician in DC and an attorney, so I was curious if anyone else had also been experienced in the past, thus helping with the realism and genuine nature of the show(s).

How many of the overall L&O cast had been attorneys/officers in real life? 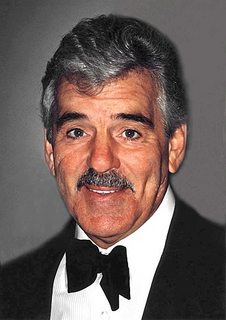 Before becoming an actor, Farina served three years in the United States Army during the Vietnam Era, followed by 18 years in the Chicago Police Department, advancing in rank from 1967 to 1985.

He portrayed D.A. Arthur Branch in the main Law & Order series as well as some of the spin-off series (namely, Conviction, L&O SVU, L&O Trial by Jury and L&O CI).

Before his acting days he worked as an attorney. According to his Wikipedia page:

Thompson was admitted to the state bar of Tennessee in 1967. At that time, he shortened his first name from Freddie to Fred. He worked as an assistant U.S. attorney from 1969 to 1972, successfully prosecuting bank robberies and other cases. Thompson was the campaign manager for Republican U.S. Senator Howard Baker's re-election campaign in 1972, and was minority counsel to the Senate Watergate Committee in its investigation of the Watergate scandal (1973–1974).

In the 1980s, Thompson worked as an attorney, with law offices in Nashville and Washington, DC, handling personal injury claims and defending people accused of white collar crimes. He also accepted appointments as special counsel to the Senate Foreign Relations Committee (1980–1981), special counsel to the Senate Intelligence Committee (1982), and member of the Appellate Court Nominating Commission for the State of Tennessee (1985–1987).

His clients included a German mining group and Japan's Toyota Motors Corporation. Thompson served on various corporate boards. He also did legal work and served on the board of directors for engineering firm Stone & Webster.

Wikipedia continues to describe his exposing a cash-for-clemency scheme that removed Governor Blanton of Tennessee from office, his time as a US senator, and even his run for president in 2008.

His first film, Marie (1985) in which he stars as himself in a thriller about the aforementioned Tennessee governor case, introduced him to acting.

She portrayed Judge Logan on Law & Order. She also acted as a legal consultant for some episodes of the main series as well as the Trial by Jury spin-off.

In real life, she was also a prosecutor and later a judge. According to her Wikipedia page (only quoted the first part, there's a lot more but this establishes here credential as a judge):

Snyder has worked in the New York criminal justice system for over thirty-five years, both as a prosecutor and as a judge. She was the first female to try felony and homicide cases as an Assistant District Attorney in the Manhattan District Attorney's office under Frank Hogan and Robert Morgenthau. During her nine years in the office, Snyder founded and led the Sex Crimes Prosecution Bureau, which was the first in the nation and co-authored New York State's rape shield law.

After leaving the New York County District Attorney's Office, Snyder was named the Chief of Trials at the Office of the Special Prosecutor against Corruption. She re-entered the public sector after three years as a defense attorney for indigent clients and became Deputy Criminal Justice Coordinator and Head of the Arson Strike Force at the Office of the New York City Criminal Justice Coordinator. Soon after, she was appointed to the position of a Judge of the Criminal Court of the City of New York in 1983 by Mayor Ed Koch. She was reappointed to the Criminal Court Judgeship by Mayor David Dinkins in 1993.

He appeared early in the original series to portray Arraignment Judge Harvey Sirkin / Swersky. According to Wikipedia:

He also worked as a lawyer before turning to acting.

5
Filming Location: Fox Hills Crematory in Law & Order: Criminal Intent
8
Do Jake's powers have any real limitation?
3
Are there any September 11, 2001 references in the Law and Order 2001-02 season?
4
Explanation about Hank Schrader's character as a brave law enforcement officer
2
90s Prostitute reference in Law & Order: SVU
7
How realistic is the depiction of court proceedings in Law & Order?
5
Were any of these comedian actors actually auditioning for the show?
4
Did Law & Order ever feature a US Supreme Court trial?