How does Clarice deduce that Buffalo Bill knew his first victim?

In Silence of the Lambs, how does Clarice and her friend deduce that the killer Buffalo Bill knew his first victim Fredrica Bimmel? 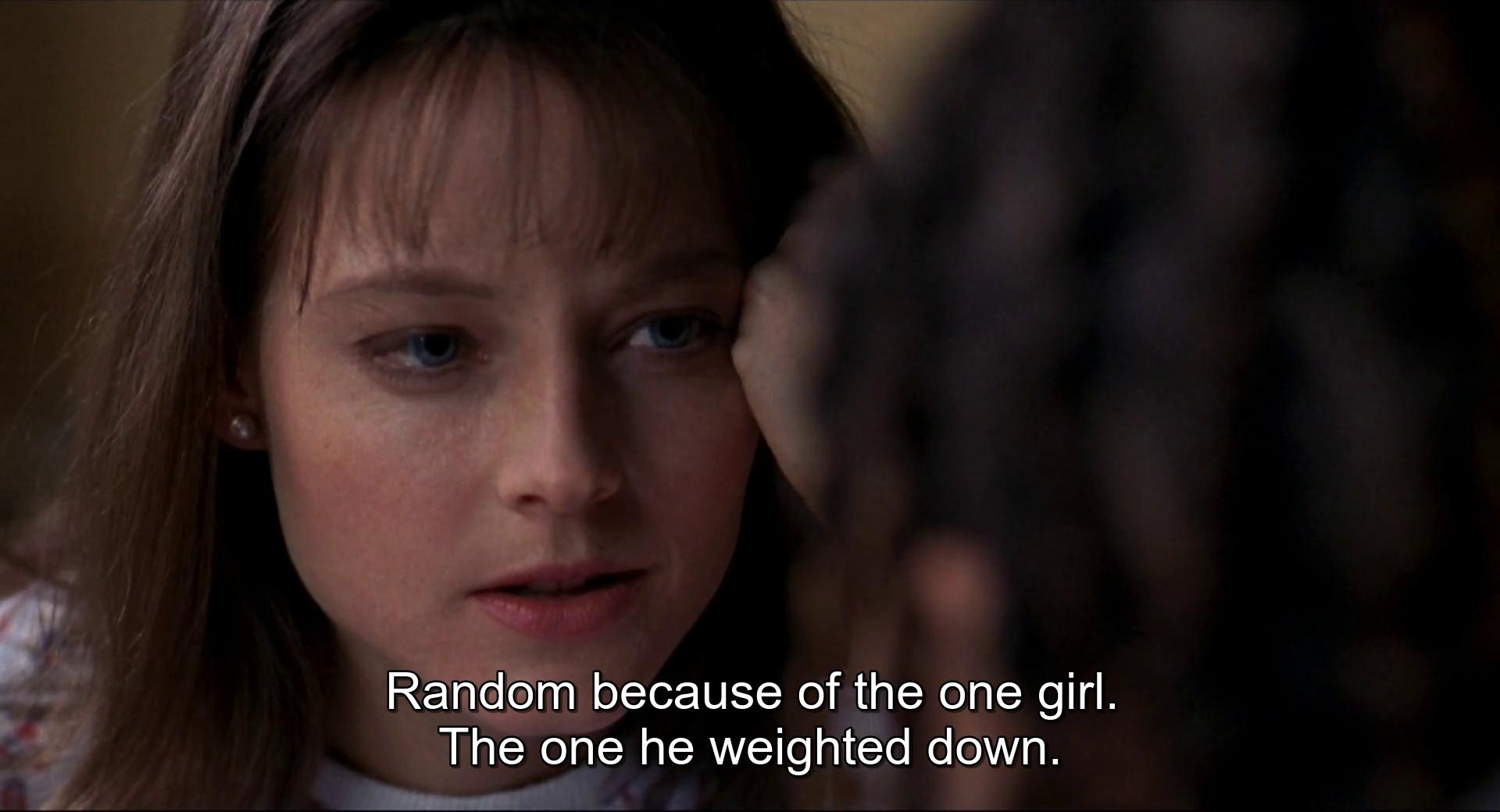 I watched this particular scene several times, but still couldn't get it clearly. Probably mainly because I didn't understand what she meant by "The one he weighted down".

The key to understand it lies in what Hannibal tells her and what they're musing over in this scene:

What did Lecter say about the first principles?...What does this guy do? He covets. How do we first start to covet? We covet what we see...Every day.

The point here is that Buffalo Bill started with a victim he knew. This is supported by the fact that she was the only victim he bothered to weight down in the water, which is also the reason she wasn't found first:

First girl taken, third body found. Why? She didn't drift. He weighted her down.

This is what she means with "the one he weighted down", he tied rocks to her so that she doesn't drift up in the water. This is what makes her special and together with the idea that he must have known his first victim this is how they deduce he knew her.

Hot damn, Clarice. He knew her.

Of course this is all still ultimately speculation on their part based on Hannibal's and her theory of how Buffalo Bill thinks and how he started his murder series, but it's as good a clue as any other for investigating Frederica Bimmel's connections further.

23
How does Clarice know "Jack Gordon" was actually the real Buffalo Bill?
1
Where does Dr. Lecter originally get the metal pin that he uses to pick the lock on his handcuffs in the museum?
9
How does Sherlock deduce the relationship between Sergeant Donovan and Anderson?
3
How does Charlie deduce Myra is Mrs Kieslowski?
8
How does Walt deduce that he was the prime target of the Cousins?
6
Why does cat point to the answer/safety/salvation in the Silence of the Lambs?
3
How did Bill Denbrough know that at the end?
3
How did Jackie knew about his father?
4
Significance of Photos in Silence of The Lambs
0
Does Bill still have his "toe-fungus"?