What happens to Victor Creed after "X-Men Origins: Wolverine"?

In X-Men Origins: Wolverine, Jimmy (Wolverine) has a brother named Victor. Near the end of the film, Wolverine and Victor separate. The movie ends explaining how Wolverine lost his memory, how he got his name, his backstory, but Victor doesn't appear in the X-Men stories again. Or am I just missing something?

X-Men Origins: Wolverine was meant to be Logan's backstory, taking place before the events of the main trilogy. The time travel mumbo jumbo in Days of Future Past may have changed that, but it's not relevant for this answer. The point is that Victor Creed is also known as Sabretooth, who you saw in the first X-Men movie.

When X-Men Origins: Wolverine was made it's unclear whether the writers wanted both of them to be the same person, though personally I think they did. As I wrote in my (much longer) answer to Is the Sabretooth from X-Men (2000) Victor Creed? on Science Fiction and Fantasy,

So are they the same person?

Unclear, but possible. When asked why he didn't reprise his role as Sabretooth for X-Men Origins: Wolverine, Tyler Mane (who played Sabretooth in the first movie) replied to the Hollywood Reporter:

What exactly happened between X-Men and X-Men Origins: Wolverine that you did not reprise your role?

That was the producers’ decision. The storyline was them rising as brothers, and Liev [Schreiber] and Hugh look a lot closer in that respect, so I understand. I can’t say I wasn’t disappointed. I’d love to get my claws back into that role. But that’s Hollywood.

'X-Men': Original Sabretooth on Hugh Jackman's Legacy and Why He Didn't Return to the Franchise, Hollywood Reporter, March 17, 2017

Whether they were indeed the same character is blurry; while the movie's setting would try and make us think they are, X-Men Origins: Wolverine offered no explanation for what happened to Victor (especially, if he was dead), why he went blonde, etc, etc. The "Stryker experimented stuff on him" theory could hold, but I found no official confirmation for this.

The film Days of Future past changed up the timeline in a way that erased the events of X-men 1, 2, 3 and Wolverine 2013.

Movies like Apocalypse, Dark Phoenix and Logan are now placed in an alternate timeline, one that was the result of the events in Days of Future past. 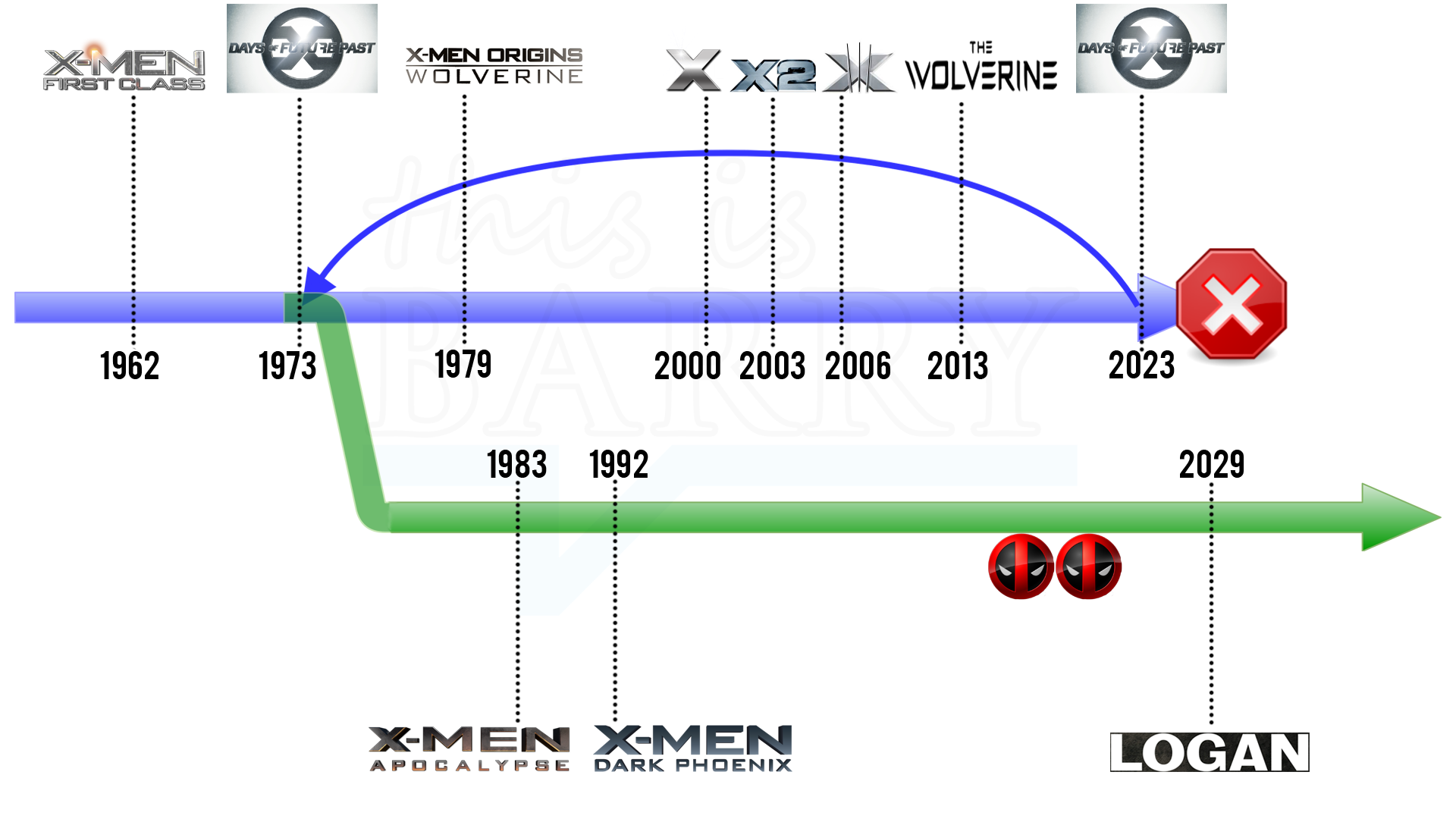 The Sabretooth we saw in X-Men 1 didn't come up in any of the subsequent films after DOFP because we don't know the plight of Sabretooth in this new timeline. He could have even died since his regeneration powers were not as good as Logan's.

Apocalypse and Dark Phoenix were focused on the First-Class cast and characters and the story didn't have room for Logan or Victor. Wolverine was only seen in a cameo in the film.

In Logan, most mutants.. even the really powerful ones.. were already dead. Safe to assume so was Victor.

If they make a film involving Wolverine set in the past, they could bring back Sabretooth.

15
Has the continuity timeline been established for the new X-men movies?
23
Is Victor Creed from "X-men Origins: Wolverine" actually Sabretooth?
5
Why does Logan remember Yashida?
14
Which of Deadpool's origin is actual?
4
Is Logan no longer the Wolverine?
4
Does Wolverine fight for the U.S or for Canada in the WWI montage of X-Men Origins: Wolverine?
6
Why was Deadpool's origin as being imbued with Wolverine's mutant healing factor changed?
3
Why did Wolverine's name change from Jimmy to Logan?