Does Time Travelling not render all plots useless? [closed]

In the most recent implementation of time travel in a movie, I felt it's inevitable for the plot to go the protagonists' way, since they can go back in time and do anything they want. Plus if time traveling is possible in the MCU why didn't another advanced Alien Civilization have it first before humans?

Time and it's mutability is part of the inherent make up of the Universe in the MCU. In Doctor Strange, Dr Strange has the time infinity stone and that allows him to manipulate the flow of time - he uses this feature to defeat Dormammu.

In Infinity War we learn that the six infinity stones were created at the birth of the universe. 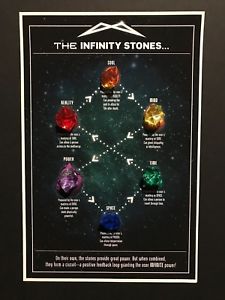 Ant-man and the Wasp explore the quantum realm and the strange properties it has relative to time. So by the time of End Game, time travel has been established.

That said, it's not a free pass to 'do anything' the heroes want. In fact, in End Game,

The Hulk states that if they go back in time, they are not changing their own pasts - that has already happened. Instead, if they severely muck up the past they will be headed for an alter universe's future. As End Game demonstrates, it's a difficult task to mess with the time line successfully.

As to other Alien Civilizations stumbling upon time travel - maybe they have. It's not established that Earth is the birth place of time travel.

Not the answer you're looking for? Browse other questions tagged plot-explanation marvel-cinematic-universe time-travel .

2
How is it possible that they had never seen that car on the bridge before?
11
What were stopping Aliens from attacking with those advanced weaponry?
6
Does the Hulk gain mass through “Pym Particles”?
8
Critical plot hole in Primer?
16
How do we interpret Louise's memories in Arrival?
15
Are the aliens really hostile?
20
Why didn't Doctor Strange use the Time Stone to prevent Thanos from claiming other Infinity Stones?
1
Why go to such a disadvantageous time in “Avengers: Endgame”?
2
Why didn't the AI do anything about Ford?