In Game of Thrones, everyone who watched the S0803 episode noticed one thing, the episode was so freaking dark, it was almost impossible to see anything.

Audiences were left confused as all hell because the screen was so dark. It was next to impossible to tell who was fighting, who just died or which side was winning the Great War.

Those checking the settings of their television in deep frustration, you are not alone. Twitter filled with responses from viewers asking what in the world was happening because they couldn’t see anything but shadowy figures fighting in the dark. Source

Did the directors make this choice just for pure ambiance? Were they aware the viewers couldn't see anything?

This was intentional, utilized to strengthen the effect of the episode:

This reflects the idea of the fog of war and chaos that arises during battle. Like the characters in the show, the viewers have little certainty as to the outcomes of various clashes, involving characters they've come to care about.

There is a horror film aspect to this episode in particular. Both Arya and Sansa are in their house, which is a common trope in horror films--being pursued my monsters in your own house. Although the revenants of ASOIF date back to Norse and Celtic mythology, the modern conception is much more influenced by Romero and other modern horror innovators.

This is the "darkest before dawn" episode, and the lighting reflects that. The goal of the Night King is to end all life and bring eternal night--light of humanity is almost snuffed out forever.

Compare Tormund and Beric entering Last Hearth, which I suspect was a daylight shot cast with a blue filter to make it look like night, to S08E03, which really was filmed at night. The difference is tangible. 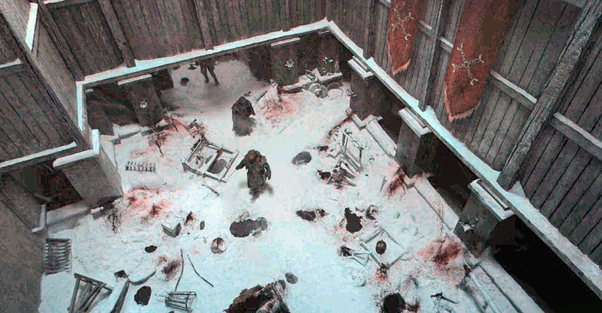 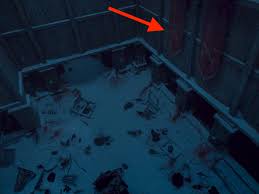 I saw the episode on Monday on HBO (day of release in Germany). It was very dark, and I thought it was meant to be this way. I tweaked the settings of my LED TV to light it up a little with limited success. I loved the episode so much that I viewed it again about 24h later - HBO (Sky Ticket) again. It was much lighter this time. I believe it may be a compression thing (many viewers on day 1) or HBO got complaints and tweaked the material or even corrected an encoding error. I did not find any statements from HBO on this in a quick sweep.

Not the answer you're looking for? Browse other questions tagged game-of-thrones lighting .

12
Why was Tyrion disgraced?
15
By whom and why was Winterfell castle put on fire?
11
Why was Cersei being tried?
3
Why was the final shootout scene shot in a very dark violet tint?
5
Why was King's Landing staffed with Lannister Soldiers?
17
What is Bran doing in S08E03?
33
Why wasn't the Night King naked in S08E03?