What file is Bosch reading at the end of season 5?

At the very end of Season 5 Bosch sits in his house and engages what seems to be an old case file. 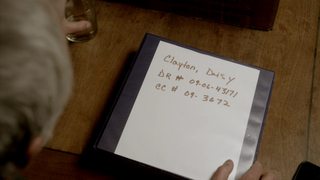 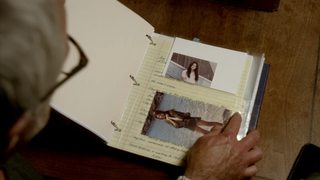 What is this about and how is it related to the rest of the story? The words on it, possibly names, say "Clayton, Daisy", but I can't quite make something of them. Also, the numbers don't seem to be dates rather than arbitrary LAPD file IDs or whatever.

Is this possibly related to him finding out about Chief Irving's evidence manipulation in the Borders case? Is he now starting to dig up other cases with Irving's involvement?

Daisy Clayson is the late daughter of Elizabeth Clayton who was in Bosch's group therapy session when he was trying to infiltrate the pill ring.

This is the same woman who overdosed in Bosch's contacts (Degner) kitchen. This is where he sees the Daisy RIP tattoo she carries. 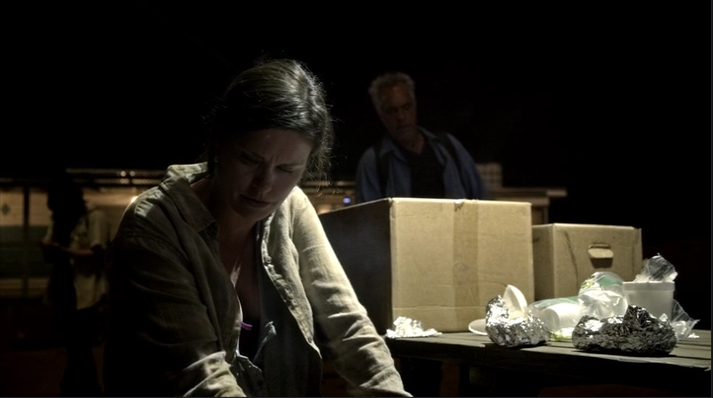 Bosch learns her backstory in Ep 4 from Degner and that Daisy was murdered in 2009 and the case remains unsolved.

The references on the file seem to be a DR number (which is an LAPD Report Number) and CC which I would assume is "Cold Case").

Season 5 is based in a large part Two Kinds of Truth by Michael Connelly and since Season 6 has been confirmed it's likely that it will deal with the outcome of Bosch's investigation into Daisy's case.

This is the subject of Dark Sacred Night (by Connelly) which I haven't read yet but is covered on Wikipedia (deliberately not linked).

Not the answer you're looking for? Browse other questions tagged plot-explanation bosch .

13
Where did Deb live towards the end of the season?
8
Wrong end to The Good wife season 4 episode 6
4
Baby at the end True Detective season 2
3
Why file an FIR in A Wednesday?
6
Scene with numerous file copying dialogues in Snowden
2
Is there any hard evidences for the bone case in Bosch season 1?
3
What was Grant looking for at the end of the season 3 finale?
2
Why Did 'Lucifer' Season 3 End the Way It Did?
2
Why were the addicts periodically taken by the “bad guys” to the camp in the desert?