One-eyed, tentacled aliens that disguise themselves as humans [closed]

I saw this when I was very young, so my memories are spotty.

I cannot recall if this is a movie or a TV episode (older), nor whether it was color or black and white (though my memories include color, so it's entirely possible.)

I remember aliens that were large, their bodies made up of thin tentacles (shaped kind of like Cousin It from the Addam's Family) and one eye in the top center of their bodies. They disguised themselves as humans, and only one man on the show could see them. I remember this man laying on a doctor's table or something and looking up, and the guy above him was one of these aliens. I think he flipped out and no one could figure out why because no one else could see the creatures.

There was also a woman who I believe was... psychic or magical or something? In my memory, she looked like a genie (I do not know if this is accurate) with a high brown pony tail and poofy genie pants. She used her abilities to disguise herself as one of the creatures. You could tell the difference because her eye was a different color than the other creatures. (In my memories, hers was blue, the creatures were dark?) They discovered her, I think, and she had to flee and had trouble changing her form back into a human because her powers were weakened.

I don't remember how this all ended, but this has been bothering me forever and I have never found any help. Can anybody help?

That sounds like the two-part Space 1999 episode The Bringers of Wonder. 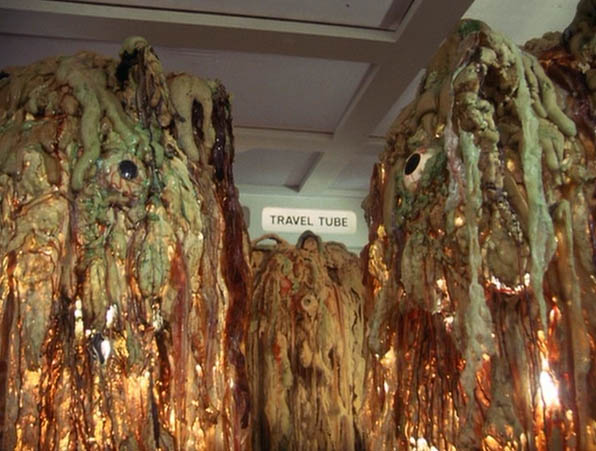