What ammo does the Jonah Hex's super weapon fire?

In the movie Jonah Hex, the super-weapon that Turnball builds fires (seemingly) ordinary cannon balls, and is followed by an orange ball.

The orange ball is not only highly explosive (even more explosive than something like C4!), but they seem to send out an explosive "detonation wave" that explodes the "ordinary" cannon balls.

Was it ever explained what the orange balls are, and how they worked, other than a plot-device?

From the Internet Movie Firearms Database

The "superweapon" that is the focus of the film's action is a belt-fed Gatling-style cannon (similar to an oversized, clunkier CIWS system) supposedly invented by Eli Whitney (the father of the cotton gin). The weapon is designed to blanket an area with a volley of explosive shells, which are then detonated simultaneously by firing a glowing orange "trigger" shell from the central barrel. Quentin Turnbull (John Malkovich) mounts the weapon on an ironclad and plans to use it to level Washington, D.C. 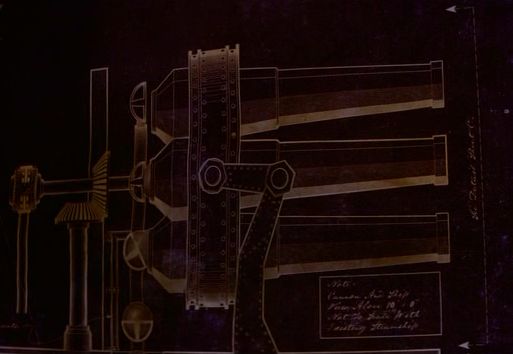 From the same page:

Detail of the multiple barrels. Note the design seems to assume a cannonball works the same way as a modern artillery shell; there is no system for replacing propellant charges behind the cannonballs, and nowhere for charges to actually go even if there was such a system.

Ultimately, a lot of digging hasn't turned up anything concrete other than the charges might be 'Magic Dragon Balls' - so I think we can chalk this one up to sloppy writing and badly thought out plot devices.

Not the answer you're looking for? Browse other questions tagged plot-explanation jonah-hex .

6
What weapon does Clyde use to kill his cell mate?
7
Where did the live ammo for the Missouri come from in the climactic battle of Battleship?
10
What did the tanks fire at?
4
What was with the necklace in Super 8?
6
What is the significance of Katana Swords being the weapon for Deadpool?
5
What class of weapon is a flame thrower?
4
How or when does Bucky get super human qualities?
14
How does Arthur manage to fire eight bullets?
3
How does this character suddenly catch fire?