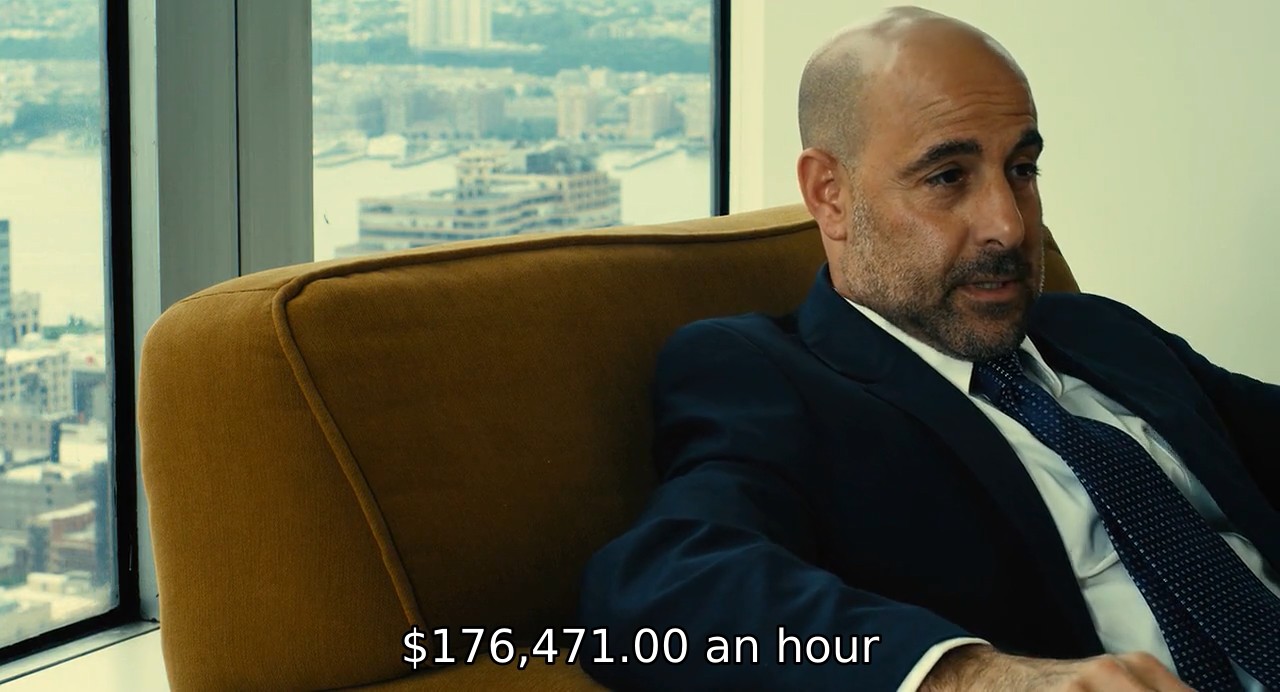 6
How is the extracted information brought back to reality?
6
What does Will want to say with his response to Eric's bridge analogy?
8
Why did the Kingsmen allow the candidates for Lancelot to just leave?
4
Why did Eric Dale still have the pen drive after his termination?
1
When Thanos asked for Tesseract why didn't Loki just lie?
6
Why does David go back instead of just telling Christina that he has feelings for her?
4
How is Jerry Maguire doing this after he gets fired?
4
Why did the investment bank begin firing employees by sacking their top quant and head of risk management?
1
Why didn't Harry Rawling just pay Jack Mulligan the one million?
2
Why does Peter Sullivan do anything or report the firm's risky position?