Will Billy Batson grow up to look like Shazam?

In Shazam the child Billy Batson is able to transform into the eponymous hero that is an adult-like character in looks (face + body).

But do we know if Shazam's look is Billy Batson's future look? I mean, will Billy grow up to become a person who looks like Shazam or does Shazam have a random appearance?

As Shazam (aka Captain Marvel) has been around for close to 80 years, there have been a number of iterations of the character. In at least one major version, we learn that Billy's Captain Marvel identity is a dead ringer for his late father. 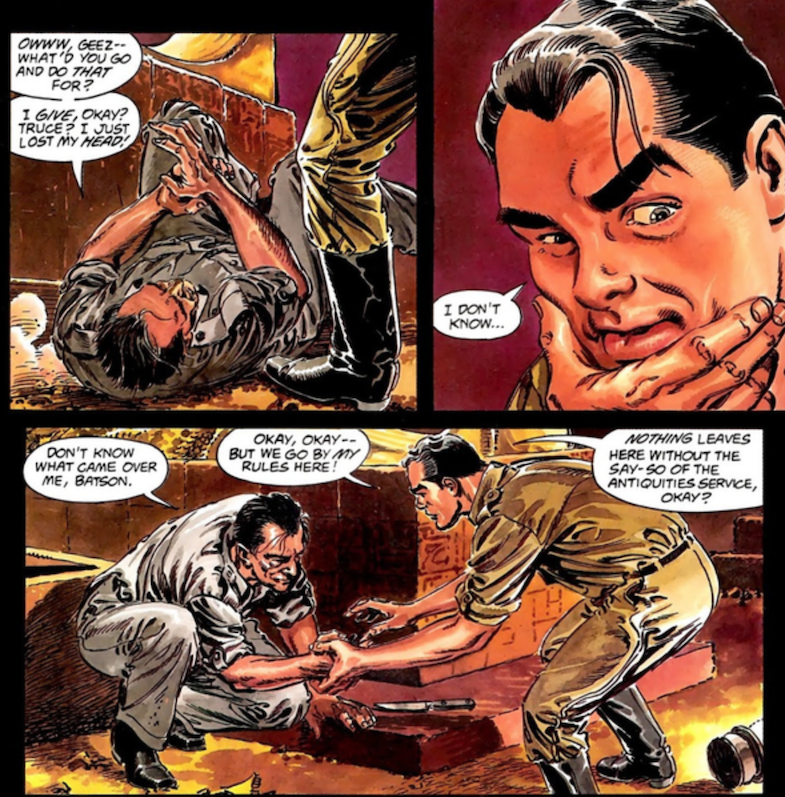 In the Power of Shazam! series from the mid 1990s, writer Jerry Ordway identifies Billy's parents as C.C. and Marilyn Batson, a pair of married archeologists who were murdered by Theo Adam, a thug working for the evil Doctor Sivana. As you can see from the image above, C.C. looks pretty much identical to Captain Marvel. Likewise, Marilyn is depicted as looking very much like Mary Marvel, the alter ego of Billy's sister, Mary Batson.

My interpretation of this revelation has always been that Billy would grow up to look just like his father, but that's just conjecture on my part.

Not the answer you're looking for? Browse other questions tagged character dc-extended-universe shazam .

13
Do Shazam and Man of Steel exist in same universe?

12
Why does Loki look like an Asgardian?
10
Why does the president of the Federation look like a Klingon?
5
Explain the abilities/powers of this "The Flash" character
6
What did Voldemort look like before he killed the Potters?
6
Is Billy Batson the first (only) Shazam?
4
How did Billy Batson know about the Seven Sins?
18
Why does Will Byers not like girls?