Is this phrase uttered by Roland Blum a reference to Braindead?

During the first few episodes of the TV series The Good Fight's third season, viewers are introduced to a scrupulous diabolical character named Roland Blum (Micheal Sheen) and whose entry point in the story relates to having to work alongside Maia Rindell (Rose Leslie) in court, as their clients are adjoined together in a case.

Maia comes off as being a very green and follow-the-rules kind lawyer, due to a non-aggressive or non-assertive personality, which has been contested lightly over the course of the series thus far, but Roland Blum seems to believe she's an "assassin" underneath of what he sees as a false facade. Although he may just be trying to corrupt her.

However, as means to antagonize her, he begins to refer to her as a "Mary Elizabeth".

On the surface that comment seems to be a one off referring to Maia as a Mary Sue, playing into The Good Fight's more surreal themes of the nonsensical, because he calls her something similar, but yet other and of course Elizabeth is not her name, nor is Maia a perfect goody-two-shoes either...

But the executive producers, creators, writers of this series, Michelle and Robert King also worked on a series between The Good Wife & The Good Fight titled Braindead.

Braindead was a science-fiction political satire about ant-like parasites from outer space coming to Washington D.C. and eating half the people's brains and using their bodies as hosts! The human hosts then would only listen to The Cars, "You Might Think", were disgusted by human sexual intercourse, and no longer ate "junk food", but rather vegetables and "green" veggie-shakes. This was a creative way to explain the political climate and polarization away.

The Good Fight seems like it has made ongoing references and/or allusions to Braindead from time to time and it so happens that Braindead's lead actress was played by non-other than Mary Elizabeth Winsted! 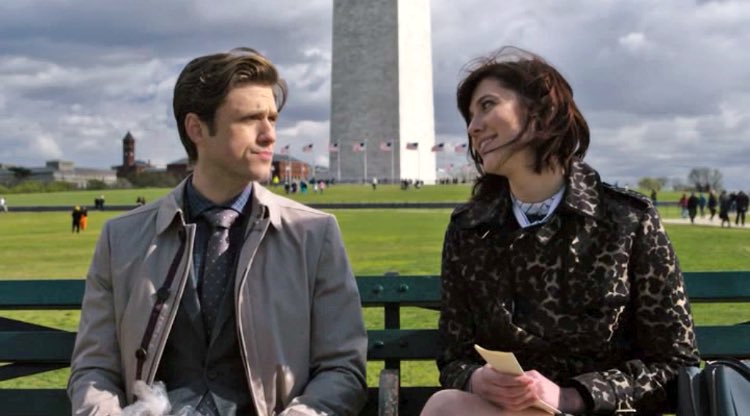 In addition, Aaron Tveit, who was playing opposite Mary Elizabeth Winstead on Braindead, now reoccurs on The Good Fight and is now apart of this Maia and Roland Blum storyline by playing an AUSA opposite them in court. Roland Blum is also seen in one scene drinking something out of a "green" Gatorade-like bottle, commenting how gross he thinks it is (because it's not drugs or alcohol, which he prefers).

6
What is this White Horse a reference to
9
When Scrooge recognizes a boy named “Toby Veck”, is this a reference to someone?
6
Is the character Colin Sweeney in “The Good Wife” a reference to Sweeney Todd?
5
Is this a deliberate Naruto reference in Ben 10?
35
What is this record-destroying scene in Family Guy a reference to?
4
Die Hard with a vengeance movie reference
7
Is this scene in Luke Cage a Godfather homage/reference?