Is Independence Day a comedy spoof?

I haven't seen it since I walked out of the theater disgusted in 1996, but I've recently been wondering if the movie Independence Day was intended to be a comedy.

I was 19 then, and I went to see Independence Day expecting a serious sci-fi-action movie. Perhaps I had been led on by the super-cool previews that showed the aliens blowing up key Earth landmarks. In any case, my fan-boy soul was pretty much crushed by the movie's sheer ridiculousness, including: 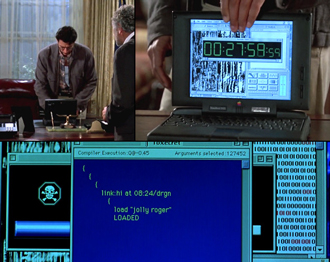 I don't remember too many details, but I do remember thoroughly despising the movie, cursing its makers, and casting a dismissive eye on the many people who gushed about how cool it was.

But did I miss something? Was Independence Day intended to be a comedy -- a spoof of the sci-fi-action genre? Maybe the moments that made me cringe were meant to make me laugh? Anything out there on this?

I think that the movie was expressively designed to be entertaining and break records set by Jurassic Park a couple of years earlier. You might also remember the impressive marketing campaign and hype that preceeded the release of the film. Considering that the target audience was everybody, things had to be dumbed down to be accessible to everybody.

In 1996, Will Smith hadn't hit the big leagues yet and was coming off the success of Bad Boys, a comedy where he plays the "cool and funny". His role in ID4 isn't much different.

So, no. I don't think ID4 is a spoof. It's simply a commercial sci/fi film loaded with special effects and cheesy dialogue, designed to appeal to a larger audience. Much the same as MiB would be a year or so later.

The film isn't a spoof (at least like the Naked Gun), but the pitch would have been something along the lines of

Do a fifties B Flying Saucer movie in the present day

For example, one of the most famous one's is this (with special effects by Ray Harryhausen no less): 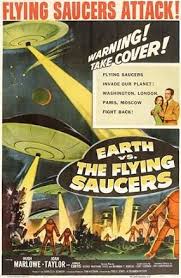 This famously had similar imagery of iconic buildings being destroyed: 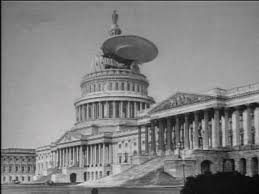 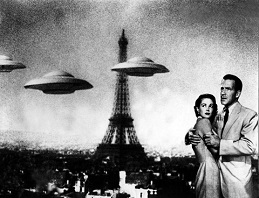 What else did films of the era have? Well:

Looking at ID4, we have all these elements, but of course given the more modern timeframe there are wrinkles to the cliches:

Also given the more modern setting, we add some things from subsequent defining dramas, for example the whole Area 51/government cover up stuff a la the X Files.

So while not a spoof the film is essentially a mega budget B Movie, and belief should be suspended when watching, just enjoy the roller coaster ride.

Not the answer you're looking for? Browse other questions tagged analysis independence-day .