Why isn't Ned Stark's mother ever mentioned or shown?

After a recent rewatch of the HBO TV series, Game of Thrones I realized that Eddard "Ned" Stark's mother, Lyarra Stark is never mentioned or shown during the course of the series [to date]. Not even in Bran's time traveling sequences! 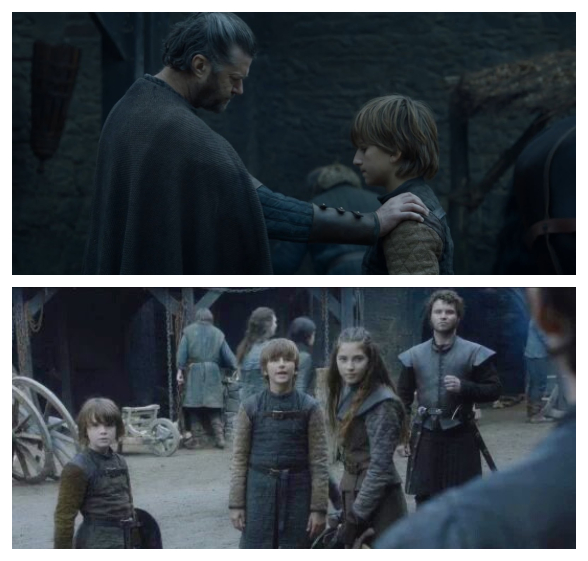 In fact there is very little information about her on various Wikipedias and it seems her name was not even given until the publication of The World of Ice & Fire tie-in history book.

Now I can understand that perhaps she simply doesn't factor into the story, but George R. R. Martin tends to be a stickler for details and even in the books there isn't much, if anything about her.

My question is, is there any reason her character has been excluded? Has Martin ever publicly addressed this or have the HBO Showrunners?

GRRM doesn't think she's important, as shown in this excerpt from So Spake Martin:

Speaking about women there's is a hidden figure: Ned's mother, you only say "she was Lady Stark and she died". Nothing more? Nothing important or something too important? (please at least choose one hypothesis).

If there is anything important, I will reveal it in due time.

(Did Tolkien ever get letters asking about Aragorn's mother, I wonder?)

(I interpret the second line form his answer as showing he doesn't think the character is important.)

Alternatively, the books may reveal she is important. But it's unlikely the show will feature her.

3
Was the sabre-toothed cat shown in the closing credits of The Flintstones ever in any episodes?
18
Why is Howard Wolowitz' mother not shown in The Big Bang Theory?
2
Why was Lagertha made mother of Bjorn?
9
Why did the Winter Soldier do that to Stark's family?
16
Why isn't Daenerys searching for more dragon eggs?
25
Why did Ned Stark keep this secret about Jon Snow from Catelyn Stark
3
Why isn't Slade ever referred to as “Deathstroke the Terminator”?
3
Why was the actor for Ned on Ghost Whisperer replaced?