Who is Quinten on Supergirl?

Actor Jonathan Bennett announced on Instagram that he would be playing the role of Quinten (A government attaché) on Supergirl. Who is Quinten? Is he an important character in season 4? 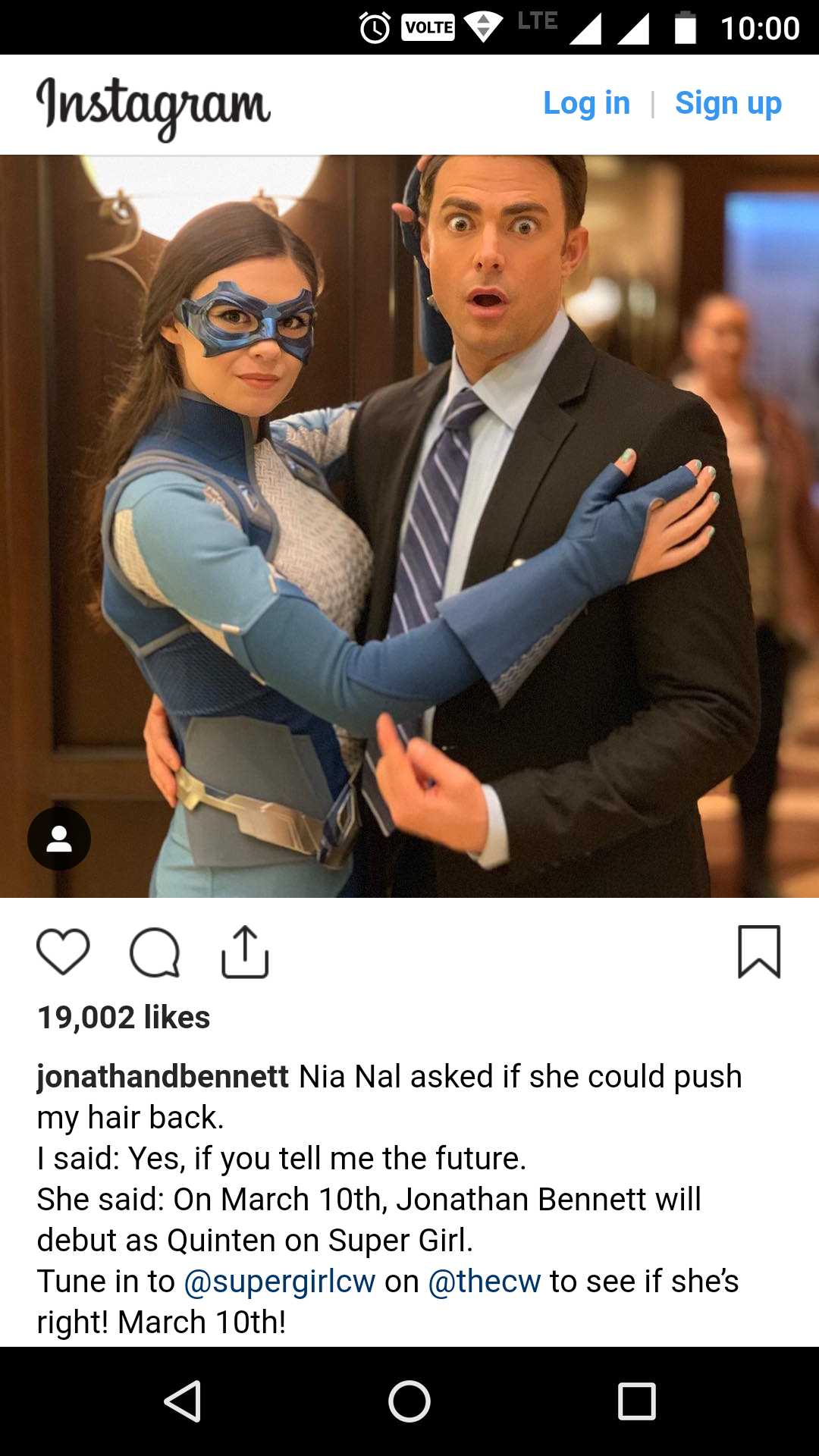 So far he appeared on one episode where he has a change of heart and helps aliens.

Who is Quinten on Supergirl?

Per The CW, Bennett’s character Quentin is a “wide-eyed government attaché who is grateful when Supergirl saves his life. However, when he shows his true colors by attending an anti-alien rally, Supergirl aims to prove to Quentin that not all aliens are bad.” - tvline

He is credited for one episode only and from DC comics there is no one named Quinten with any prominent appearance.

Also, he is being called as "Guest Star" not a regular.

Not the answer you're looking for? Browse other questions tagged character arrowverse supergirl .

12
Was Arrow's change in moral alignment motivated by his audience?
2
Where did Pied Piper go?
3
Is the Supergirl/Flash crossover understandable enough without watching the whole first season of Supergirl?
35
How Supergirl managed to get her ear pierced?
0
Does Kara (Supergirl) have a way to contact Superman?
4
Who is supergirl waving at season 2 episode 6
2
What's wrong with this Supergirl elevator pitch?
15
Who was this awkwardly excited girl at the wedding in Supergirl S03E08?