Why did the monster bring Frankenstein to the windmill?

At the climax of the movie Frankenstein (1931) the monster knocked Henry Frankenstein unconscious, then carried him to a windmill.

Why did the monster do this? Did it have a plan?

The monster at the time was being chased by frantic villagers, and likely took Henry there because it was a high off place that seemed like somewhere to go. Of course the monster doesn't really have any kind of reasonable understanding that we know of, it was being chased and wanted to kill Henry, which we saw when he threw him down the mill, (but failed in killing him) So that place seems obvious.

However, the more likely scenario is because:

It was cool scene. and a spooky dramatic place, all old and big gears and things. It's 1931 afterall.

As much duckduckgoing as I've tried, I couldn't find a surviving link to the original quotes, however it's common uncommon knowledge that,

...Among Florey’s surviving contributions were the crucial brain switch and the atmospheric denouement in an old windmill where The Monster dragged its creator, with bloodhounds and torch-wielding villagers in frantic pursuit. In later years, Florey would reveal that his windmill finale had been inspired by the Van de Kamp building seen from his apartment on Ivar Street... 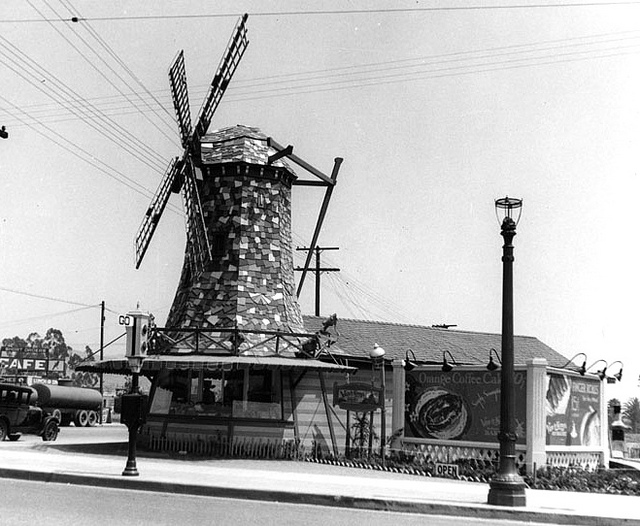 13
Why did Aaron Cross take the watch from the security chief?
12
Why did Borden lead Angier to Tesla?
14
Why does Ava ask - "will you stay?"
3
Why did Henry try to kill James Sanding in The Purge?
13
How exactly did Will and Barb get into the Upside-Down?
48
Why did the Predator not kill Arnold immediately as it killed everybody else?
8
Did Frau Blucher think the monster was the original one?
2
Why did the boys kill Piggy?