I recall seeing a behind-the-scenes feature wherein it is explained that realistic action sequences involving moving cars are now possible with the use of a device which allows the car to be controlled by a stunt driver sitting on the roof. This makes it possible for scenes where the real actors rather than stunt doubles can be pictured (with mounted cameras) seemingly driving the car with great skill and abandon.

Is this a common technique nowadays? Does this device/setup have a name? IIRC, the clip I saw might have been from Skyfall.

An older question on this site covers other techniques besides this one which can be used to "film scenes with actors driving in a car".

Such a "contraption" was indeed used for Skyfall: 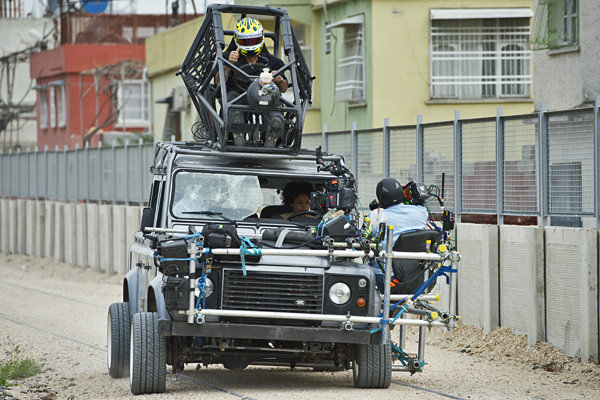 Tight streets and alleyways meant the film crew couldn't tow a trailer carrying a vehicle while the actors were filmed inside.

Thus, the team used what is called a pod system.

Picture a stunt vehicle, in this case a Land Rover Defender, with a one-man roll cage welded to the roof. Inside the roll cage is a steering wheel, hand brake, and gas and brake pedals and a seat.

It was also used for The Bourne Ultimatum, although for a different reason:

A stunt driver couldn't be hidden in the car because he would be picked up by the 360-degree camera, which was filming almost every inch of the interior.

Remote control of the vehicle was also considered, but was deemed too dangerous.

So there was only one thing for it: place a stunt driver on the roof, give him control of the steering, acceleration and brakes, and leave the actor to play with his toy gun and toy steering wheel. 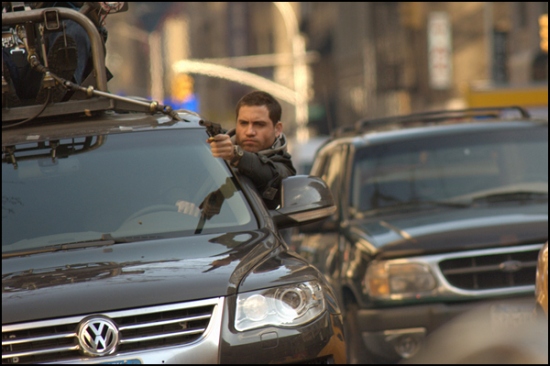 12
Why are most scenes in a car recorded with chroma?
4
Why animation was used in several scenes of Revolver?
16
Is a helicopter used to shoot such scenes?
9
How are water scenes (with flooding) achieved without injuring actors?
16
How were the scenes with Gazelle shot?
38
How do they shoot flaming human scenes?
14
How are car drag scenes filmed without hurting anyone?
7
When was “teal and orange” first used for night scenes?
61
Why did cars in 70s and 80s TV and movies slide like they were driving on ice?
4
How do they remove the wires from flying/stunt scenes?