The scene I'm, talking about is when Sheldon wakes up and makes himself a cereal breakfast. 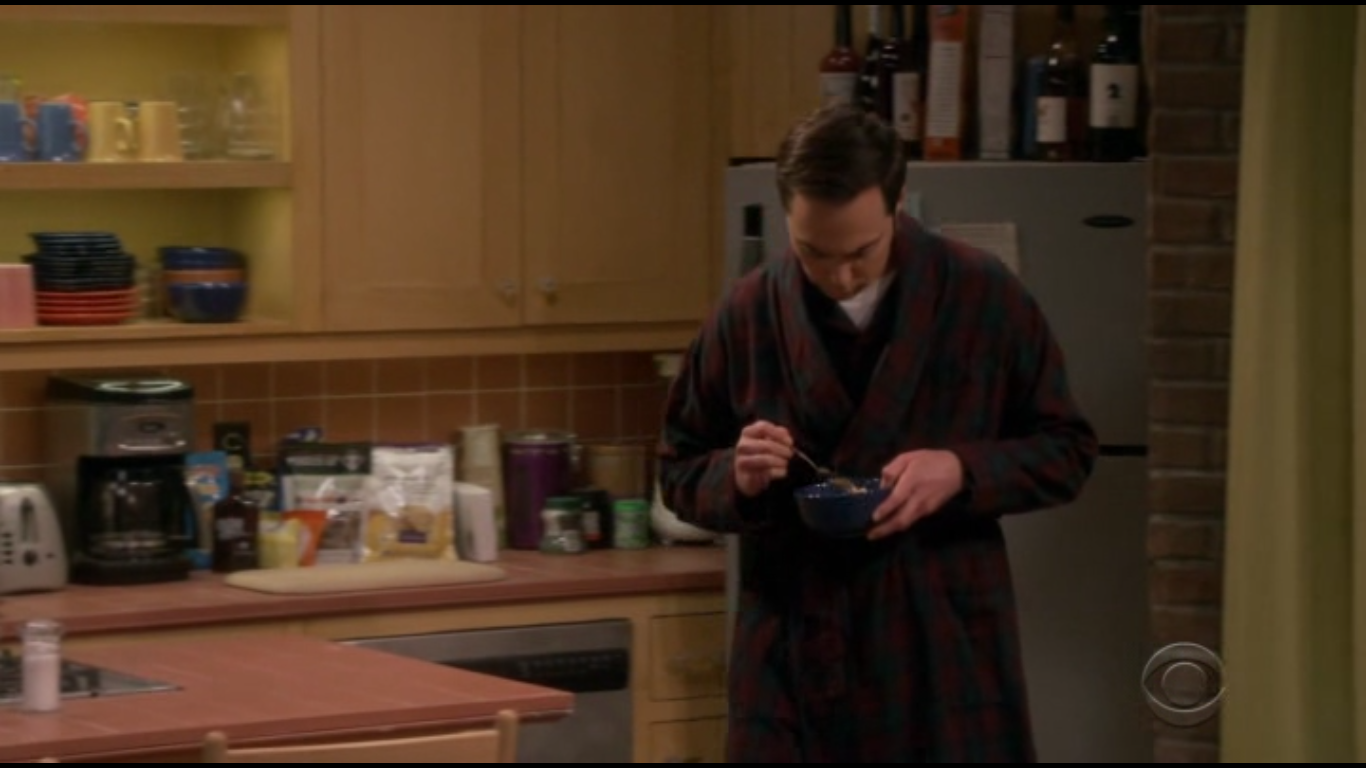 There's literally nothing that gives away Leonard sleeping on his couch and nothing else comical that would be a reason to that laughter?

I've read an article about TBBT creation, and they mentioned that on TBBT each comic scene gets tested on the audience and goes unedited into production only if the audience laughs.

There's nothing comical up to the moment camera goes off to the coach revealing Leonard, so why on Earth did they edit background laughter there?

I do realize that jokes on TBBT have gotten way downhill over time, but it's clearly way different.

I've rewatched the episode and the audience laughs when:

In my opinion, the audience laughs because:

I also chuckled a little bit during the scene before I knew Leonard was in the couch, Sheldon is just humorous...