What is Dean Winters' character Avi's function in John Wick?

In the few scenes that we see Avi, he seems to provide little of value to Viggo:

Viggo has bodyguards, who are each more qualified it would seem than Avi to stand over him.

Also, doing some research on the John Wick Wiki site, it claims that Avi is a marksman. If that is so, I don't understand why he isn't always carrying.

For reference, Avi is at the left here: 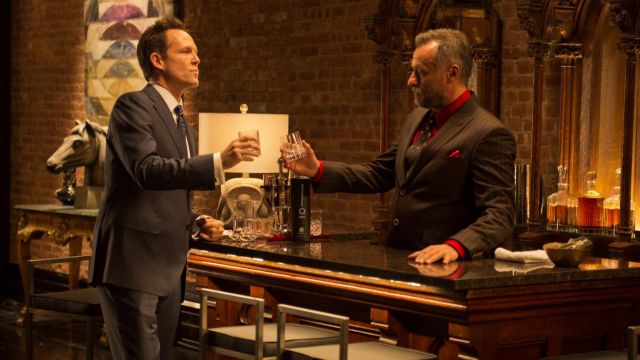 Avi is Viggo Tarasov's friend and personal counsel. He is also high ranking within the Tarasov crime family with at least one team of men and a helicopter crew on standby.

Due to Avi being familiar with John Wick but not the level of danger he actually represents as shown later in the movie, it's highly likely Avi joined the crime family after John Wick's initial cleanup of competitors.

Not the answer you're looking for? Browse other questions tagged character john-wick .

14
What are the coins John Wick is using?
9
Do I need to watch the first John Wick to understand John Wick 2?
11
John Wick asking for laundry
18
How does Iosef Tarasov not know John Wick?
6
How many people has John Wick killed?
18
Is John Wick ex-military?
4
Is Jason Isaacs in John Wick?
0
The Bowery King's Status in John Wick